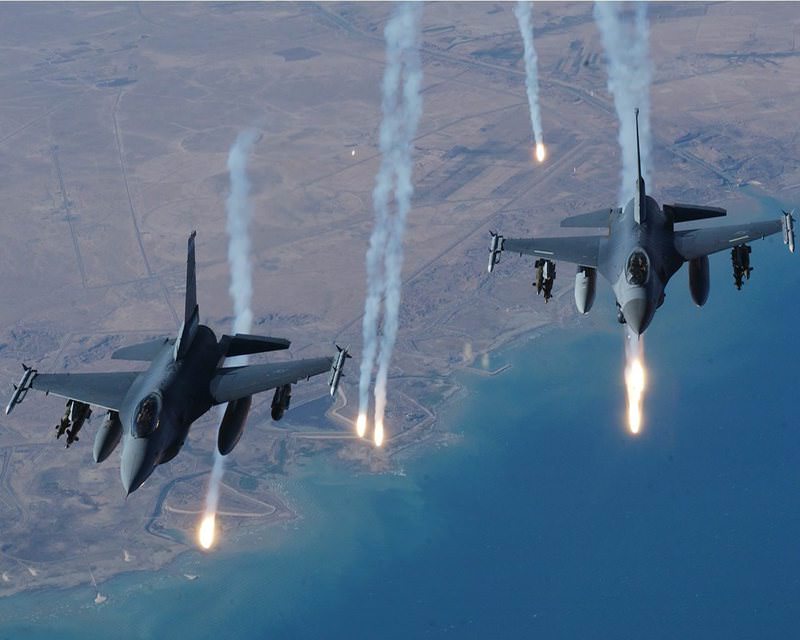 by Daily Sabah Sep 06, 2015 12:00 am
PKK terrorists targeted Turkish soldiers in a landmine attack late Sunday in the town of Dağlıca of Turkey's eastern Hakkari province, killing 16 soldiers and wounding 6 others, the Turkish Armed Forces announced on Monday on its website.

The incident took place on a road in the town of Dağlıca on Sunday evening, as two armed vehicles belonging to Turkish soldiers were crossing.

First reports suggested that 16 soldiers were killed in the attack, which was later confirmed on Monday by the Turkish military.

Turkish President Recep Tayyip Erdoğan, speaking to a private Turkish TV channel, ATV, on Sunday said that the explosives used were landmines. He stated that the fight against terror after this attack would continue with "much more determination".


The prime minister met with the Turkish Chief of Staff, Hulusi Akar, at Çankaya Palace at 4:30 pm on Monday, regarding the terror attack. He later gave a press conference at around 5:30 p.m. in Ankara.

In the press conference Davutoğlu called on every political party in Turkey "to stand shoulder to shoulder in the wake of terror attacks", while urging them to use the same kind of 'firm' and 'determined' discourse.

"Whatever the PKK does, they will not thwart our determination to wipe out terrorists from our mountains and cities," said the Turkish PM, once again underlining Turkey's non-compromising stance against terrorism.

"The mountains, plains, plateaus and cities of this country will not be abandoned to the terrorists."

"The goal is clear -- to establish public order and the dominance of legitimate security forces in every corner and every centimeter of Turkey," Davutoğlu said.

Davuoğlu also touched upon the upcoming November 1 elections and stated that they will be carried out "just like in any modern country".

Following the news conference, Davutoğlu met with the CHP leader Kemal Kılıçdaroğlu at around 7 p.m. at the prime minister's office. The two leaders' meeting lasted about 45 minutes, reported the media outlets.

Kılıçdaroğlu on Monday asked for an appointment from Davutoğlu, who accepted the call, according to prime ministry sources.

On a separate meeting on Monday, the prime minister met with President Erdoğan in the Presidential Palace to discuss the Dağlıca attack. The anti-terror summit lasted about 1 hour and 15 minutes and was also attended by the parliamentary speaker, chief of staff, commander of gendarmerie forces, director general of public security, intelligence chief, as well as justice and interior ministers. No statement was made public after the meeting.
Last Update: Sep 07, 2015 10:36 pm
RELATED TOPICS