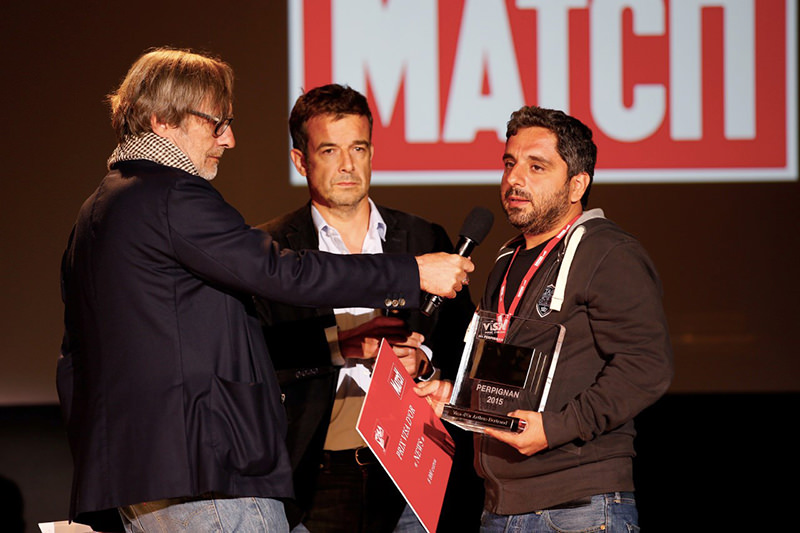 Photographer Bu00fclent Ku0131lu0131u00e7 (R) receiving for his dramatic images of refugees fleeing across the Turkish border, the Visa d'Or for News, the most prestigious award handed out at the ,Visa Pour L'Image, festival in Perpignan (AFP Photo)
by Anadolu Agency Sep 06, 2015 12:00 am
A Turkish photographer was given an award at the Visa Pour l'Image, the world's leading annual photojournalism festival, in southwestern France on Saturday.

Agence France-Presse photographer Bülent Kılıç, 35, became the first Turk to be given the prestigious Visa d'Or award for taking dramatic images of Syrian refugees on the Turkish border.

"I am proud of winning such a prestigious award as Visa Pour l'Image is the world's biggest photojournalism festival," Kılıç told Anadolu Agency after the ceremony.

"Our main job is to show human crises, tragedies, oppressions and massacres across the world, so I will continue doing my job," he added.