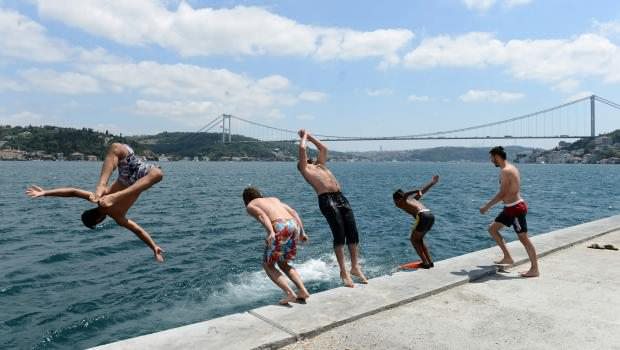 Temperatures reached 100 degrees Fahrenheit (37.9 Celsius) in three districts of Istanbul, Eyüp, Kartal and Göztepe, for the first time since 1950 in the month of September.

Winds from the south of Turkey led to the heat wave during the last days of summer according to meteorologists.

The Turkish State Meteorological Service has previously in July and August issued multiple heat wave warnings across the country, stating that the temperature degrees was above seasonal averages.