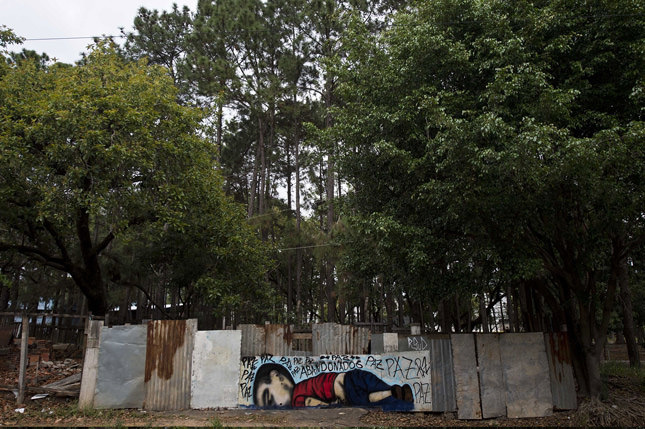 by Sep 07, 2015 12:00 am
Turkish authorities have detained a fifth suspect over the deaths of 12 Syrian migrants in two boat sinkings last week, including a three-year-old boy whose image became a viral symbol of the tragedy of refugees, a report said Monday.

The suspect, a Turkish national, was detained in the Aegean resort city of Bodrum by Turkish police on accusations of people trafficking and causing multiple deaths, the official Anatolia news agency reported.

Four other suspected traffickers, all Syrian nationals, were detained last week on similar charges. They were on Friday remanded in custody by a court ahead of trial.

The fifth suspect is to appear before a court in Bodrum later Monday.

Twelve migrants drowned on Wednesday when two boats sank in Turkish waters, in the latest tragedy to hit people seeking to cross the Aegean to Greece.

But attention has focused on three-year-old Aylan, whose tiny body was photographed washed up on a beach in the resort of Bodrum, in an image that rapidly went viral on social media.

His four-year-old brother, Ghaleb, and their mother, Rihana also drowned when their boat sank.

Reports have said that the family, from the Syrian mainly Kurdish town of Kobane, wanted to eventually reach Canada.

His father Abdullah, who survived, has since returned to Kobane.

There has over the last weeks been a dramatic spike in the numbers of migrants -- mainly from Syria, Afghanistan, Pakistan and Africa -- seeking to leave Turkey by sea for Greece in the hope of finding new lives in the European Union.