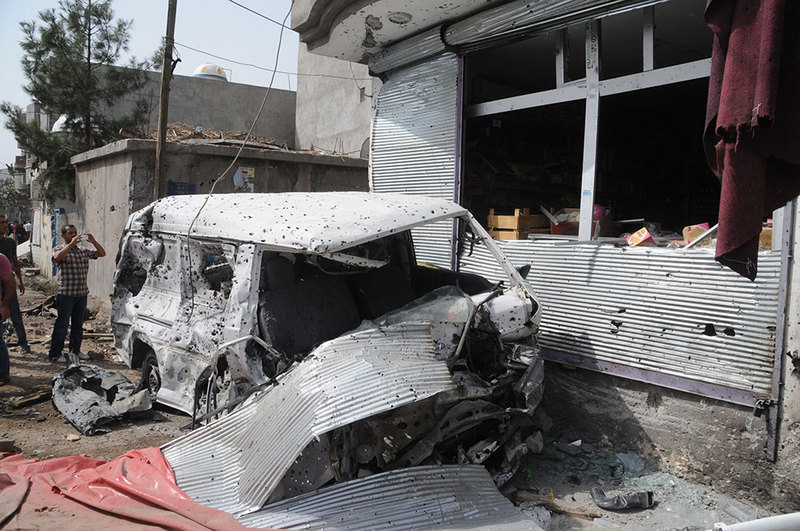 by Daily Sabah Sep 13, 2015 12:00 am
Another curfew that was declared for the second time in a week in Cizre on Sunday over security concerns due to ongoing operations against PKK terrorists has been lifted at 7 am on Monday.

This was the second curfew imposed in Cizre since Saturday, where security operations against PKK terrorist organization members were still proceeding.

Meanwhile, Turkish officials announced that 32 PKK terrorists, including high-ranking members, were killed and 10 detained and more than 45 barricades and ditches set up by the terrorists have been destroyed during the operations conducted in the first curfew in the town.

Authorities said that bombs placed in some of the barricades and ditches were also detonated by the bomb squads. Police also raided over 150 apartments used as PKK ammunition depots. In the operations, 20 explosive devices were found and destroyed along with 800 kilograms of explosives. Many rifles and homemade explosives were also seized.

Even though the other neighborhoods in town did not experience the curfew very strictly, it was imposed on all Cizre in order to prevent the PKK terrorists to carry out attacks or violent protests.

As the PKK continues to target health workers in Cizre and prevents them to provide service to the locals, the officials said the emergency services couldn't reach 81 of the 251 emergency situations due to security concerns during the curfew. 17 of those incidents were injury cases happening as a result of the PKK barricades and ditches.

The PKK, designated a terrorist organization by Turkey, the United States and European Union, resumed lethal attacks in July in southeastern and eastern Turkey where a large Kurdish population lives following a lull stemming from the government-initiated reconciliation process to end the terrorism and improve the lives of the Kurdish community.
Last Update: Sep 14, 2015 10:16 am
RELATED TOPICS