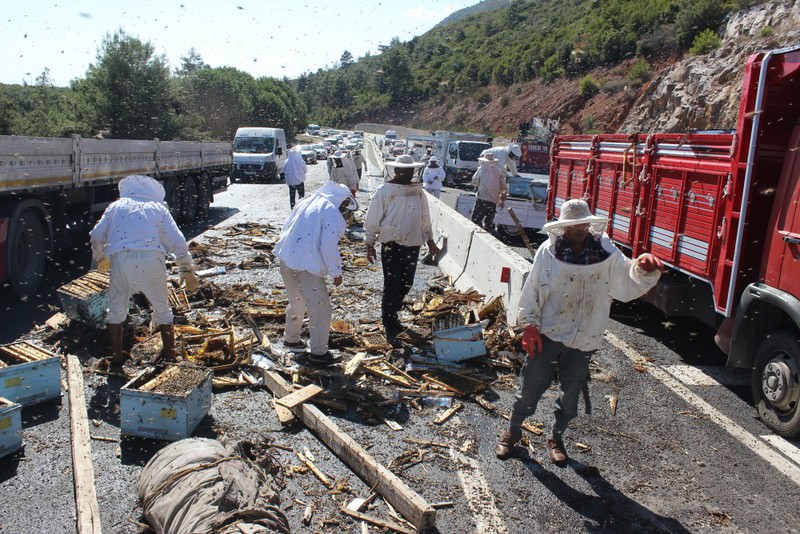 by Anadolu Agency Sep 14, 2015 12:00 am
A truck carrying beehives in the Aegean province of Muğla overturned late on Saturday, causing 18 people to be hospitalized due to bee stings. According to reports, the truck was delivering the beehives to Marmaris when the accident occurred.

The driver and the person accompanying him were both injured due to bee stings, with the driver's condition said to be serious. Emergency personnel donning special protective gear found it hard to approach the vehicle, while the occupants of the passing cars also suffered from bee stings.

The Muğla Beekeepers Association sent a team to the accident site to deal with the situation. The Muğla-Marmaris highway was shut down for two hours due to the accident. A total of 18 people, two of whom were foreigners, were taken to nearby hospitals to be treated for injuries.
RELATED TOPICS