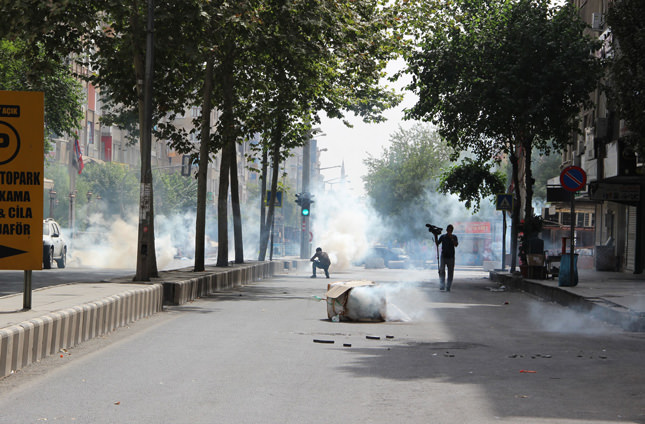 by Daily Sabah with DPA Sep 14, 2015 12:00 am
Curfew in the Sur and Silvan districts of the southeastern Diyarbakır province has been lifted on Monday as of 5 p.m. local time.

In Diyarbakir a curfew was imposed on a number of towns and cities, including the historic Sur district and Silvan, an urban area that saw heavy battles between the security forces and Kurdish militants.

The pro-Kurdish People's Democratic Party (HDP) reported on its Twitter feed that gunshots and helicopters were heard in Diyarbakir on Sunday.

The governor's office said the curfew was open-ended.

The curfew comes at a time of a worsening security after a two-year ceasefire between Turkey and the armed PKK collapsed in July. More than 200 people have since been killed inside Turkey.

Turkey is due to hold snap parliamentary elections on November 1.

The nine-day curfew in Cizre was lifted on Saturday and then re-imposed 36 hours later, before being again relaxed on Monday.

People in the area, which has more than 100,000 residents, had reported shortages of food, water, electricity and medical supplies.

Funerals for the dead killed during the latest clashes were buried on Sunday afternoon. The HDP said more than 20 civilians were killed. The government said 32 people were killed, but insisted they were mostly militants.

The HDP officials and other groups were planning a march to Diyarbakir to protest against the curfews, the pro-Kurdish Firat news agency reported.