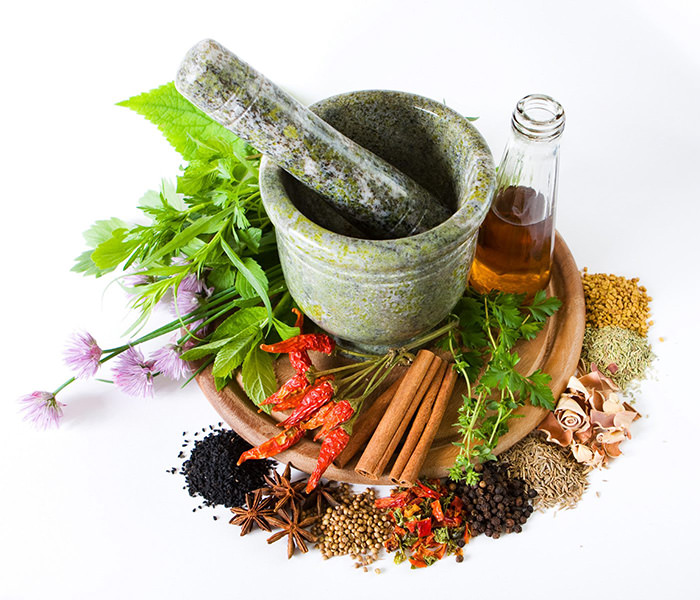 | File Photo
by Anadolu Agency Sep 14, 2015 12:00 am
The center, which was inaugurated by President Recep Tayyip Erdoğan's wife Emine Erdoğan, is located at Bezmialem Foundation University and aims to analyze medicinal plants and ultimately refine herb extracts for usage in the pharmaceutical, food and cosmetics industries.

Turkey is thought to be among the richest countries in the world in terms of having endemic plants. It has over 12,000 plant species and around 3,500 of these are endemic, according to the country's Agriculture Ministry. The country's herbal products market is valued at around $5 billion.

"However rich the plant species in our country, unfortunately we have not benefited from this enough. One of the aims of this project is to revive this value [herbal medicine industry]," said Professor Murat Kartal, project manager from the Pharmacy Faculty of Bezmialem University.

"By opening this center, we've taken an important step to becoming the world's number one herbal raw material and medicine center, when we consider our plant diversity and closeness to Europe," he added.

Fellow faculty member, Professor Gülaçtı Topçu, also stressed the importance of benefiting from Turkey's plant diversity, stating that the main sources of the most important medicines – including morphine, aspirin and lipoxin – are herbal.

"With training programs [in the center], we will give the necessary support to doctors, chemists, pharmaceutical industry, herbal producers and all the people in this field," she added.

In her speech, Emine Erdoğan underlined the importance of translating old scientific books into Turkish to make progress in phytotherapy. Erdoğan announced that she would start work on having 13th-century botanist and scientist Ibn al-Baitar's writings on herbal treatment translated into Turkish.

Plants are used to develop many of today's drugs and pills, and people across the world use them to heal wounds or to end everyday complaints like stomach pains or toothaches.

The global herbal remedies market has been growing every year. The market is predicted to reach a value of $107 billion by the year 2017, according to a report published by the California-based Global Industry Analysts, Inc.
Last Update: Sep 14, 2015 8:58 pm
RELATED TOPICS