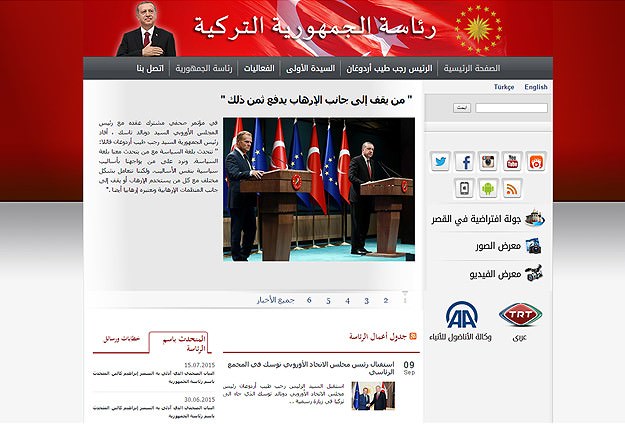 by Daily Sabah Sep 14, 2015 12:00 am
Turkey's official presidential website, hosted in English and Turkish, has added another language into the mix, Arabic.

The website, www.tccb.gov.tr/ar, has started publications in Arabic on Monday, with President Recep Tayyip Erdoğan stating that he plans to reach over 350 million people with the addition of this new language.

The president also stated that this will become a new bridge in the Turkish-Arabic relations.

In addition to the presidential website being published in Arabic, official social media accounts have begun sharing in Arabic.