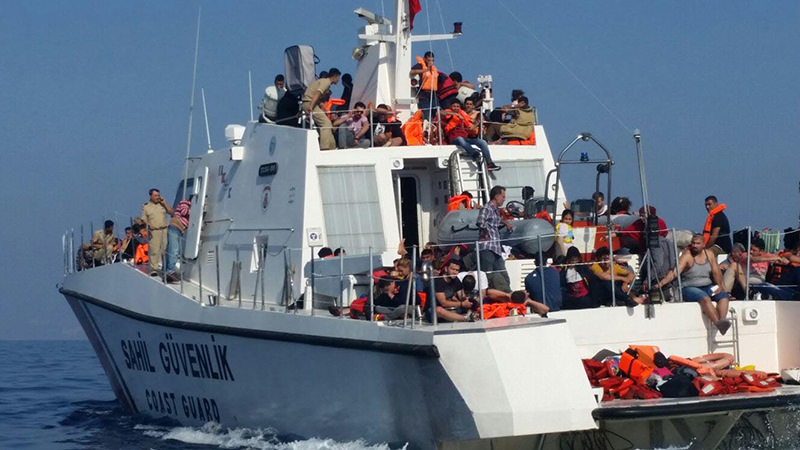 | DHA Photo
by Daily Sabah with Agencies Sep 15, 2015 12:00 am
22 refugees, including four children, died on Tuesday, after a boat capsized in the Mediterranean Sea, off the Datça district in the southwestern Muğla province.

According to report, Turkish coastguards rescued 205 refugees from the wooden boat which set off from Turkish holiday resort town of Datça in the southwest for the Greek island of Kos. The nationalities of the migrants are not yet known.

There has been a dramatic spike in the numbers of refugees-- mainly from Syria, Afghanistan, Pakistan and Africa -- seeking to leave Turkey in rickety boats for Greece in the hope of finding new lives in the European Union.

An image of drowned three-year-old Syrian refugee Aylan Kurdi lying face-down on a Turkish beach after his family attempted to reach Kos sparked a wave of emotion across Europe, which is divided over how to respond to the crisis.

His four-year-old brother, Ghaleb, and their mother, Rihana also drowned when their boat sank.