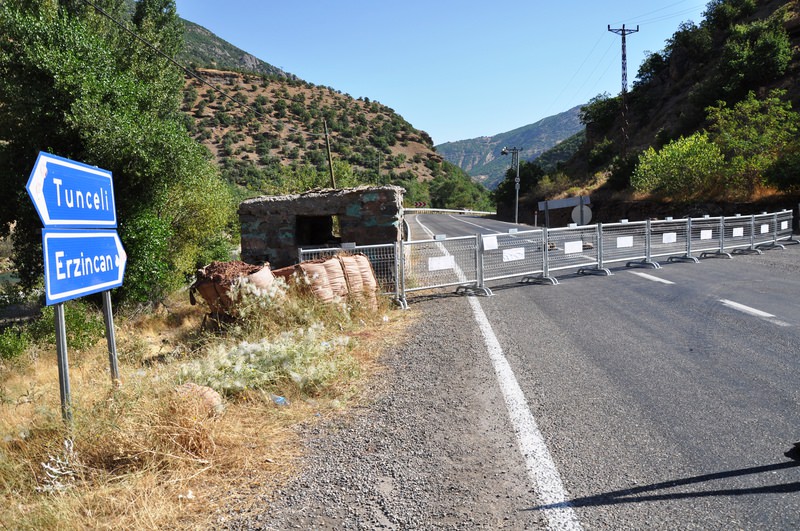 by Daily Sabah Sep 18, 2015 12:00 am
A Turkish sergeant was kidnapped in a roadblock set up by PKK terrorists in the eastern Tunceli province on Friday.

The group set up a road block on the highway between Tunceli and Erzincan provinces, checked the identity cards of people driving through. After checking the sergeant's ID and finding his gun, the terrorists abducted him despite the objections of the locals.

Security forces commenced a search and rescue operation for the kidnapped soldier.

The PKK was formed in 1978 and has been fighting the Turkish government for an independent state until the early 2000's, then the group shifted its goal to autonomy in Kurdish inhabited regions of Turkey. The group is listed as terrorist organization by the UK, US, EU and Turkey.