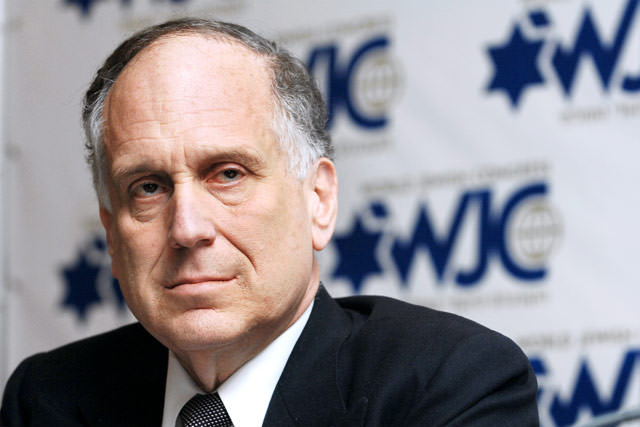 by Ismail Hasan Bulur Sep 18, 2015 12:00 am
In an article titled "We Jews understand what being a Refugee means," the 71st president of the World Jewish Congress, Ronald S. Lauder commended Turkey for its efforts in hosting two million Syrian and Iraqi refugees.

In the article, which was published on The Huffington Post on Thursday and originally appeared in the German newspaper Die Welt, Ronald S. Lauder reminded the world that most Syrian and Iraqi refugees never make it to Europe, and instead end up in either Jordan or Turkey. He also clarified that contrary to the general outlook, Germany is not the main host of refugees. As a matter of fact not even close, Lauder pointed out that Jordan and Turkey share four million refugees, with half of them being in Turkey.

Lauder also brought up the past of Turkey, stating in his article that the Ottoman Empire had taken in the Jews expelled from Spain in 1492. He also brought into memory a more recent case of Turkey's helping hand, stating that many Jews sought refuge in Turkey during the Nazi era. He added that Turkey is continuing a great tradition and does not just deserve praise but also support.

Refugees escaping Syria and Iraq's civil wars have been welcomed by Turkish authorities and placed in well-organized camps in Turkey's southern border provinces. Many of the camps have schools, playgrounds for children, and other social amenities, including psychological assistance. Turkey has spent nearly six billion dollars on its refugee programs, while assistance from EU countries was around a meager 450 million dollars.

According to recent U.N. figures, Turkey hosts nearly two million Syrian refugees who have fled the civil war in Syria - which has been continuing for over four years - in 25 camps built by Turkey's Prime Ministry of Disaster and Emergency Management Authority (AFAD).

Turkey's camps have received several awards and been praised by international visitors for their efforts in providing sustainable services. The largest camp is in the border town of Suruç, located in the southeastern province of Şanlıurfa, which opened in February 2015 and hosts nearly 25,000 refugees.