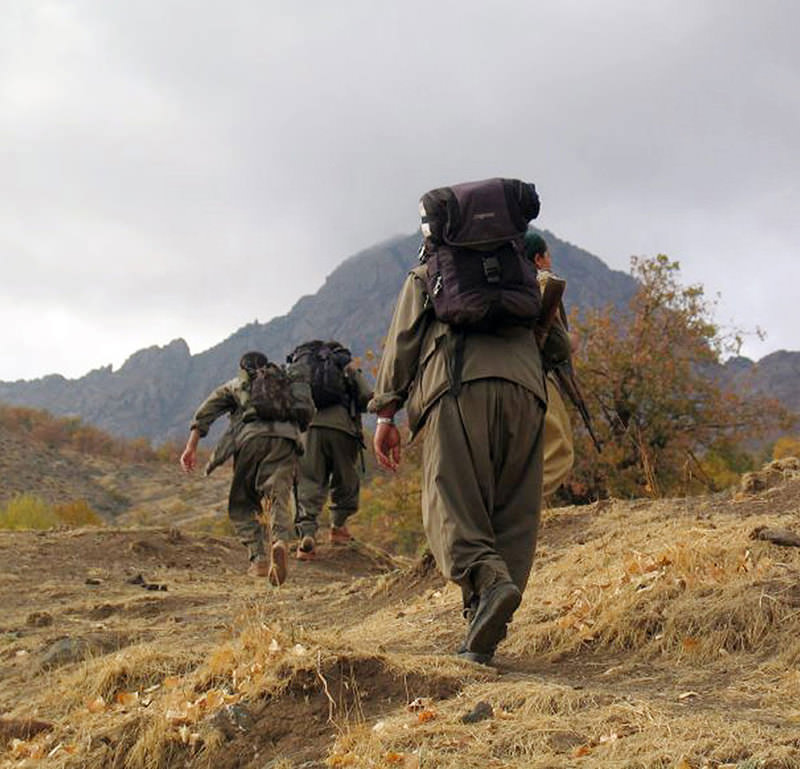 by Daily Sabah with AA Sep 19, 2015 12:00 am
As Turkish Armed Forces announced Saturday that more than 90 terrorists were killed in two separate airstrikes conducted against PKK terrorists and targets, Turkey's state-run Anadolu Agency claimed that PKK leader Murat Karayılan, admitting the damage inflicted on terrorist organization, is trying to distance the PKK with its urban youth offshoot, YDG-H.

Security forces claimed to have intercepted a note containing evaluations and instructions issued by PKK leader Murat Karayılan, in which he reportedly said terrorists belonging to the Patriotic Revolutionary Youth Movement, or YDG-H, have been defeated, adding that militants should stop saying that YDG-H is related to PKK. YDG-H largely operates in urban areas and conducts armed attacks at the expense of civilians.

"We cannot take shelter in Qandil [PKK's headquarter in northern Iraq]. We tried to manage things with 600-700 militants. Our logistics and ammunition are next to nothing. There are traitors among us; that's why Turkish warplanes destroyed well-protected shelters and depots. We lost too many people. We need to recall our forces in Syria. We do not have qualified militants. We lost too many people in Tunceli [an eastern province]. It is impossible to compensate," Karayılan allegedly said in the memo.

On Saturday, 30 to 35 terrorists were killed in Turkey's eastern province of Tunceli in the airstrike conducted by two F-16 jets along with helicopters and special forces encircling the area. The airstrike was part of the operation launched in the region following a PKK attack that killed a police officer on September 10.

Initial reports compiled through records of radio traffic, informants in the region and aerial photos showed that at least 55 terrorists were killed.

Turkey's official Anadolu Agency reported that as Iraqi border police do not allow the PKK to transfer wounded militants and corpses by road, they try to carry away bodies by mountain routes.

Sources claimed that since PKK terrorists do not get help from people in the region and Iraqi police, they had to bury corpses in a mass grave.

Security sources claimed PKK efforts to trigger an uprising in Yüksekova district of Hakkari province, Cizre district of Şırnak province and Sur district of Diyarbakır province, all located in Turkey's southeast, had failed, noting local population stood by the government.

Following a suicide bomb attack in July blamed on ISIS in the southeastern province of Şanlıurfa that killed over 30 people, the terrorist PKK organization has renewed armed attacks especially targeting Turkish military and police forces.

Since July, more than 100 members of the security forces have been killed and hundreds of PKK terrorists killed in operations across Turkey and northern Iraq, including airstrikes.