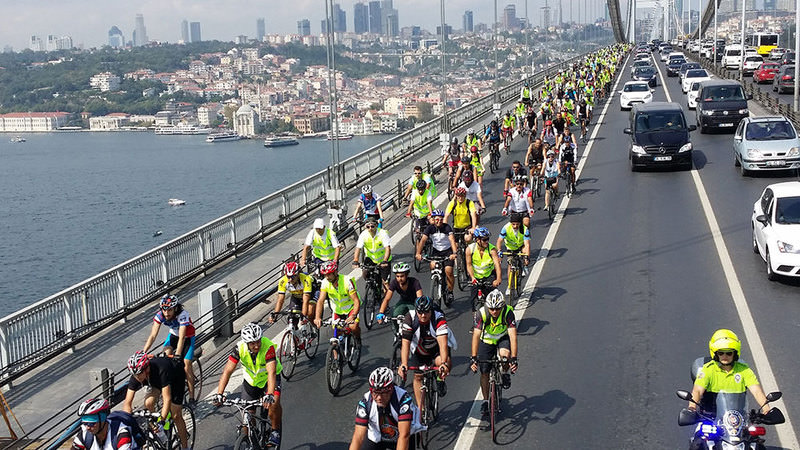 Speaking at the International Salcano MTB Cup cycling race held in Istanbul's Arnavutköy district, Demiröz said that as the government, they wish to continue investing in Turkey's youth and sports. "Within a population exceeding 80 million, we have very few cyclists. The Health Ministry has a project, one million bicycles. Hopefully we will distribute them to our youth in the upcoming years" Demiröz said.

The project is expected to cost 350 million Turkish liras ($116 million).

120 cyclists from 16 countries took part in the Salcano MTB Cup, which gives points to participate in the 2016 Rio Olympics. Marek Konwa and Aleksandra Dawidowicz from Poland won the race in men's and women's elite categories.

Bayram Akgül, board member of Salcano Bicycles, said that the race was important for Turkey's cyclists to be represented in the Rio Olympics. Stating that the race has become one of the largest in the world, Akgül added that the Salcano MTB Cup brought Iranian and Israeli cyclists together, in addition to various other athletes from Turkey's neighboring regions.