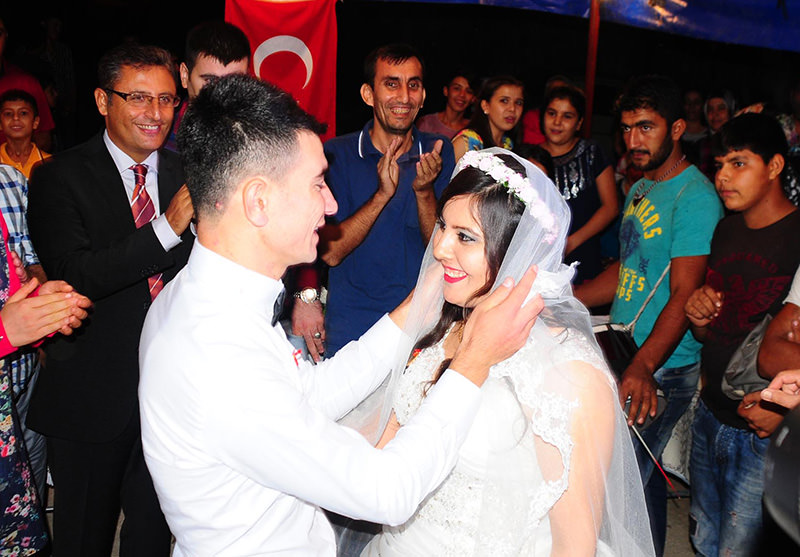 | AA Photo
by Daily Sabah Sep 22, 2015 12:00 am
A Turkish soldier who was unable to attend his wedding due to road safety issues posed by PKK terrorists in southeastern Hakkari province, was brought to Adana by the Turkish military, which organized his trip after hearing about his story on the media.

Sergeant major Ahmet Karavelioğlu, 25, who is serving the military in Hakkari, was unable to make it to his own wedding in Osmaniye's Kadirli district.

When he arrived in Adana on Monday, he was greeted by Colonel Atilla Öztürk and was finally able to attend his wedding celebration. 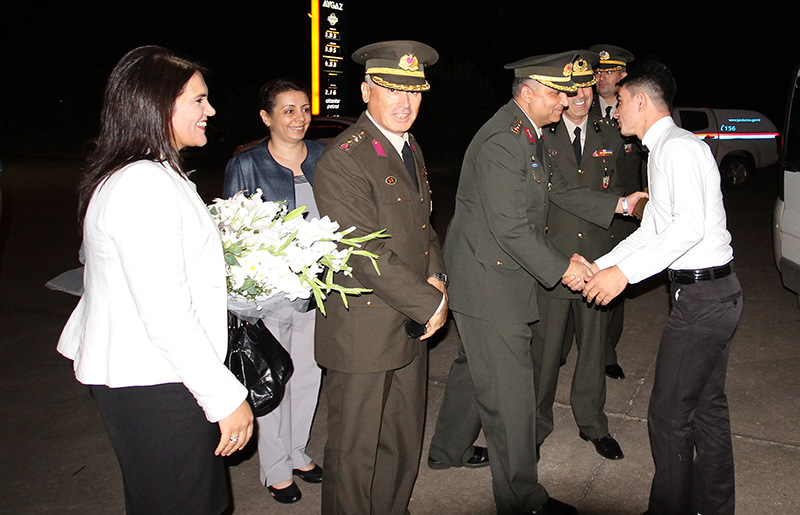 "I could not believe what I heard when they told me to go and attend my wedding" Karavelioğlu said, and added that he was beyond happy to be at his wedding.

He also thanked his commanders and the army, and said it was a big surprise for him.

The bride also expressed her happiness and the couple danced the night away with their guests, which included soldiers and staff from the Turkish military. 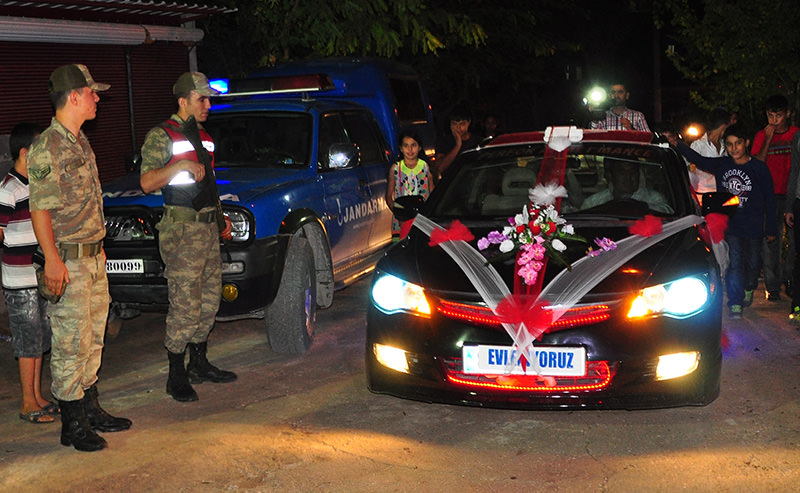 The wedding had proceeded without the groom, and his wife placed a photo of Karavelioğlu on his chair.

Hamza Karavelioğlu, the father of the groom had said that his son has been serving as a sergeant major for three years and got engaged about a year ago. Talking of his disappointment with the situation, the father underlined that terrorist attacks do not do anyone any good. He said, "My son is not beside me during the happiest day of our lives. My son could not attend his own wedding - the date was set and the invitations were distributed – as the roads to Osmaniye from Hakkari are not safe for him to travel on. I call on the Republic of Turkey to stop this curse called terrorism."

Ahmet's mother Fatma Karavelioğlu had said that her son is protecting the country. She said, "I do not have my son right next to me but there is nothing we can do about it. Although my son was granted permission to leave from his superiors, we had to go on with the wedding without him. I am very proud of my son. My biggest wish is to see the end of this terrorism."