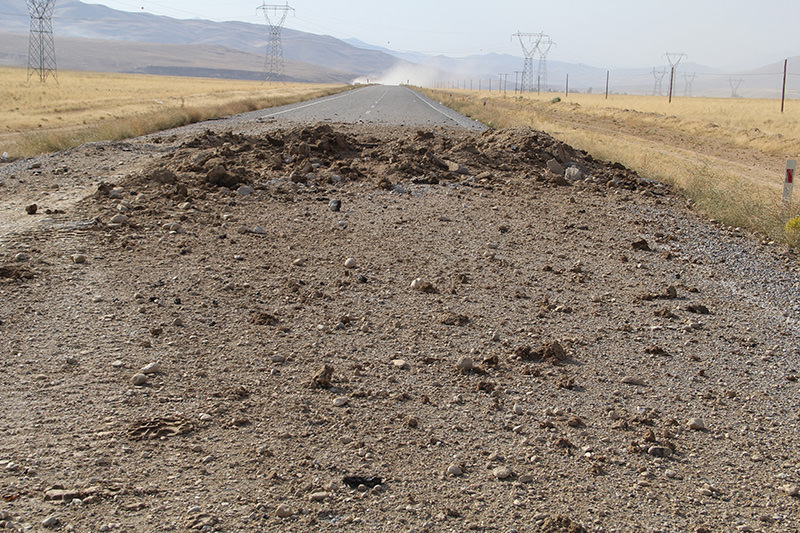 The Van governor's office said Tuesday in a statement that two separate explosions occurred as military vehicles were passing on the Van-Hakkari highway.

The governor's office said that the first attack happened Monday at 22:22 hours (19:22GMT).

"Thirteen soldiers, including one critically, were injured in the explosion," the statement said.

Previously, security sources told Anadolu Agency that the incident had happened at around 11.30 p.m. (2030GMT) Monday night on the Başkale-Hakkari highway.

The injured soldiers were taken to Başkale State Hospital. After the first medical interventions, they were taken by helicopter to Yüzüncü Yıl University's Dursun Odabaş Medical Center for additional treatment.

PKK terrorists are suspected of having detonated the planted handmade explosives by remote control.

Turkish security forces have launched a broad operation in the region to apprehend those responsible for the attack.

A total of 123 Turkish security forces and 29 civilians have been killed by the PKK since the conflict reignited in July.

The Turkish army has officially killed a total of 1,196 PKK terrorists in ground-and-air operations from July 22 to Sept. 17.