Number of traffic controls increase, as millions flock to roads for bayram in Turkey 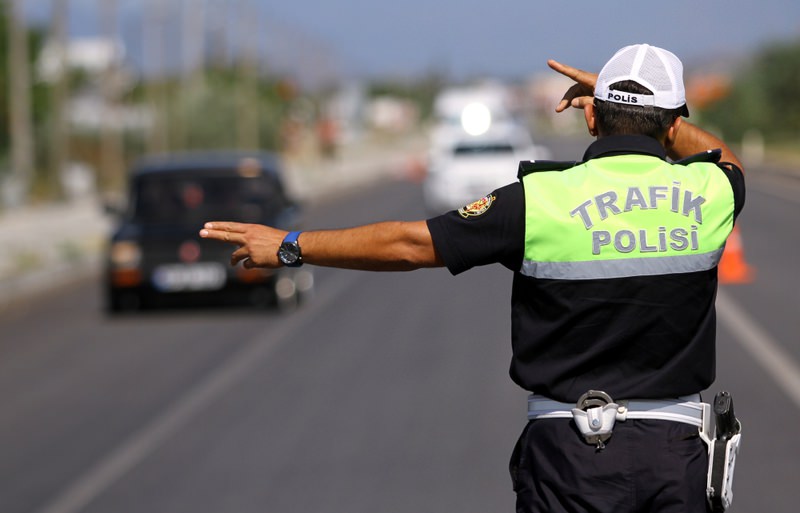 by daily sabah Sep 24, 2015 12:00 am
The Ministry of Interior released a notice regarding traffic precautions that will be taken during Qurban Bayram (Feast of Sacrifice), also known as Eid al-Adha. According to the notice, all teams assigned to police stations will contribute to traffic offices and traffic police will be more sensitive about traffic infringement.

The notice highlighted that the traffic density will be increased throughout the Qurban holiday and the risk of traffic accidents is higher than usual around this time of the year.

General Directorate of Security Affairs determined 10 destinations where traffic accidents occur the most. During Qurban Bayram, these destinations will be monitored by traffic police, in order to prevent any deadly accidents. Moreover, heavily used roads, such as the ones between Kocaeli and Istanbul along with Kırıkkale and Ankara, will be monitored by additional traffic teams and the roads will be opened by updating the traffic lanes if necessary. Several vehicles will be on standby to respond to accidents.

The notice also stressed that traffic accidents during holidays mostly occurred due to high speed, improper passing, tailgating and driver fatigue. The traffic teams will focus on these traffic infringements and set up radars to catch speeding drivers.

The traffic teams will also ask drivers who came from long journeys to step out of the car and get some rest between 5:30 a.m. and 7 a.m., as well as between 5 p.m. and 6:30 p.m. The teams aim to use this time to check the papers of the drivers as well as the cars and help drivers to be more active and increase their blood flow. Those who are determined to be too tired to drive will be directed to the nearest rest areas.

Traffic teams will also concentrate on the control of the minibuses and buses. The teams will also investigate whether transportation vehicles are roadworthy. Passengers who do not wear seatbelts will be warned and informed about the importance of wearing a seatbelt while traveling.

Larger trucks will be prevented from traveling when there is heavy traffic. They will be asked to pull over and wait until the roads are relatively empty.

City Security Management Systems (KGYS) and Electronic Traffic Control Systems (TEDES) will be used actively throughout the Bayram holiday to avoid any traffic accidents and loss of life. Moreover, the roads that lead to memorials and monuments which will be visited by great amounts of people during the Bayram holiday will be monitored at all times.
RELATED TOPICS