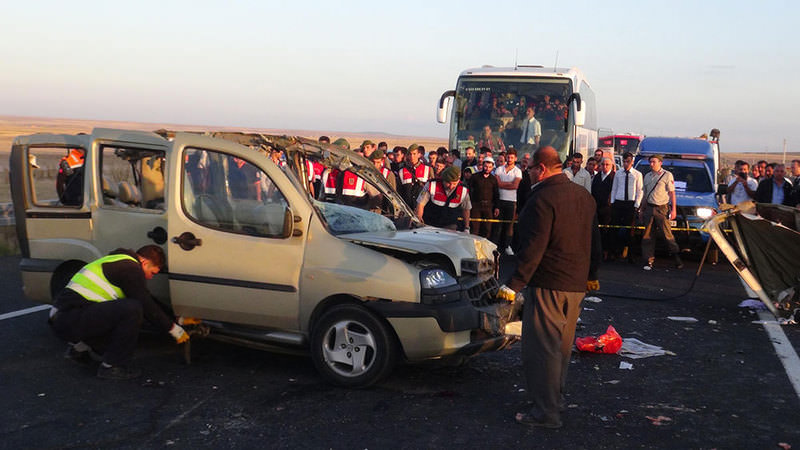 by Daily Sabah with AA Sep 25, 2015 12:00 am
A car crash in central Turkey's Niğde province has killed at least 13 people and injured one, the police said Friday, bringing the total death toll during Eid al-Adha holiday to 96 despite all precautions and warnings.

Eleven people died at the scene, while two of three people brought to a hospital in Niğde could not be saved.

No official statement was released about the cause of the crash.


96 people died due to traffic accidents since the beginning of Eid al-Adha holiday on September 19 , while 508 people were injured.