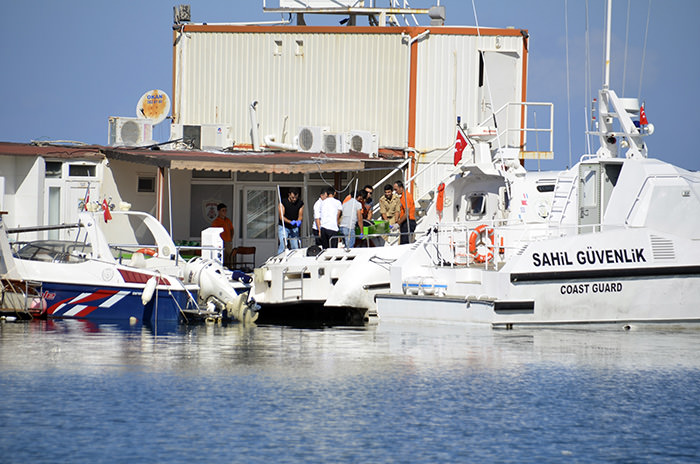 by Daily Sabah with Agencies Sep 27, 2015 12:00 am
17 refugees died on Sunday when a Greece-bound boat sank off the coast of Turkey's southern resort district of Bodrum.

The passengers on the 8-meter-long vessel, which launched from the Bodrum peninsula, were refugees from Syria.

According to reports, Turkish coast guard officials had prevented two boats full of Syrian and Afghan migrants from setting off from Bodrum on Saturday. Ten of those people then tried to swim to Kos, which is only 5 kilometers away.

The Aegean Sea crossing to the Greek island has become a favored route for refugees fleeing war at home and have made it to Turkey and now want to enter the European Union.

Many Syrian refugees have attempted to cross the Mediterranean and Aegean seas by boat to reach European countries, and many of them have lost their lives during the journey.

Turkey's Coast Guards Units have rescued more than 53,000 refugees from drowning; 274 others, however, have lost their lives.

There has been a sharp spike in the numbers of migrants and refugees setting out from Turkey in flimsy boats for the European Union in search of better lives. Most are fleeing conflicts and misery in Syria, Afghanistan, Pakistan and Africa.

The picture of 3-year-old Syrian refugee Aylan Kurdi, whose body was found washed up on a Turkish beach after a failed attempt to reach Greece, horrified the world, pressuring European leaders to step up their response to the refugee crisis.
Last Update: Sep 27, 2015 3:58 pm
RELATED TOPICS