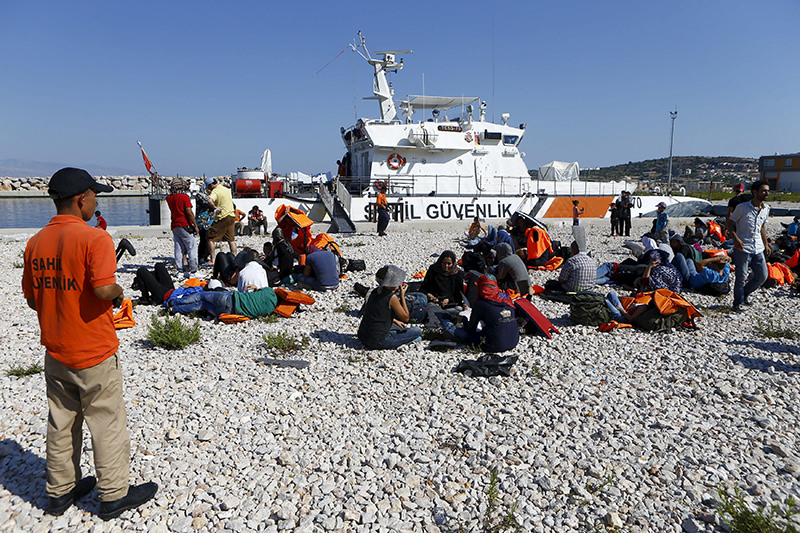 by Anadolu Agency Sep 28, 2015 12:00 am
Turkish coast guards have found the remains of 30 people and rescued just over 3,500 refugees from the Aegean Sea over the last 10 days, local government sources have claimed.

İzmir Governorship released data on Monday claiming that the Turkish authorities carried out 134 search-and-rescue operations between 18 and 28 September.

The governorship added that eight human traffickers had been detained during the operations.

Overall, 54,255 refugees have been rescued from Aegean waters while 116 bodies have been found and 69 human traffickers arrested since January 1 this year, the statement added.

The refugee crisis has become an acute issue since September 2, when a dozen Syrian refugees, including eight children, drowned after their boat sank en route to Greece.

The image of three-year-old Syrian toddler Aylan Kurdi, whose lifeless body washed up on a Turkish beach, caused worldwide shock at the fate of the desperate refugees.