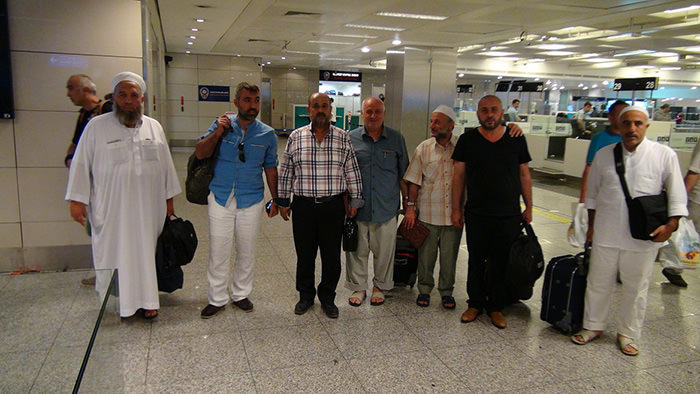 by Anadolu Agency Sep 28, 2015 12:00 am
Dozens of Turkish pilgrims injured in two disasters during this year's Hajj returned to Turkey on Monday.

The 24 casualties arrived at a military airport in Ankara accompanied by 12 medical teams aboard a military Hercules C-130 aircraft following a five-hour flight from Saudi Arabia.

They were transferred to hospitals around Turkey by ambulance for further treatment, according to a health ministry official.

At least 769 pilgrims lost their lives in a stampede at Mina as they returned from or headed to a ritual 5 kilometers (3 miles) east of Mecca. The incident was the deadliest Hajj disaster in 25 years.

Three Turkish nationals are among the dead and another five Turks remain missing, according to a Turkish health ministry source.

On Sept. 11, 107 people were killed by a crane that collapsed at the Grand Mosque in Mecca.

It was unclear how many of the repatriated Turks were injured in either incident or the extent of their injuries.

Around 2 million Muslims from around the world participated in this year's Hajj, the pilgrimage that is one of the five pillars of Islam and which every able-bodied Muslim must perform at least once.
Last Update: Sep 28, 2015 11:23 am
RELATED TOPICS