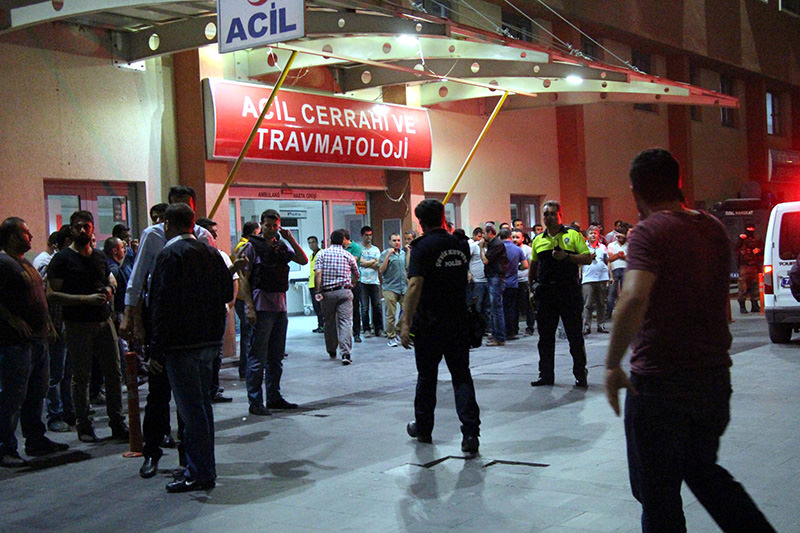 by daily sabah Sep 30, 2015 12:00 am
PKK terrorists killed three security forces and wounded eight, five of whom were civilians, in two separate late night bomb attacks on Tuesday in the southeastern provinces of Hakkari and Batman.

The first bomb attack, which took place in the district of Şemdinli in Hakkari, killed two soldiers in an armed military vehicle.

According to a statement issued by the General Staff, an explosive planted under a bridge in Şemdinli district was detonated while an army vehicle was passing. In addition, three soldiers were injured in the attack.

"Our injured fellow soldiers were immediately taken to hospital and received medical treatment," read the statement – without identifying the soldiers — adding that an air-backed operation was under way in the region.

The second attack, which involved the bombing of a military vehicle, took place in the Kozluk district of Batman and killed a police officer. Three other police officers and five civilians in nearby vehicles were also injured. The name of the slain policeman was not publicized because his family had not yet been informed of his death at the time. The truck driver was named as 55-year-old Hamdullah Aydin. Security forces have launched an operation to arrest the terrorists.

Security forces have launched an operation to arrest the terrorists.

The PKK, which is listed as a terrorist organization by Turkey, the United States and the European Union, resumed lethal attacks in July in southeastern and eastern Turkey, where a large Kurdish population lives, following a lull stemming from the government-initiated reconciliation process to end PKK terrorism and improve the lives of the Kurdish community.