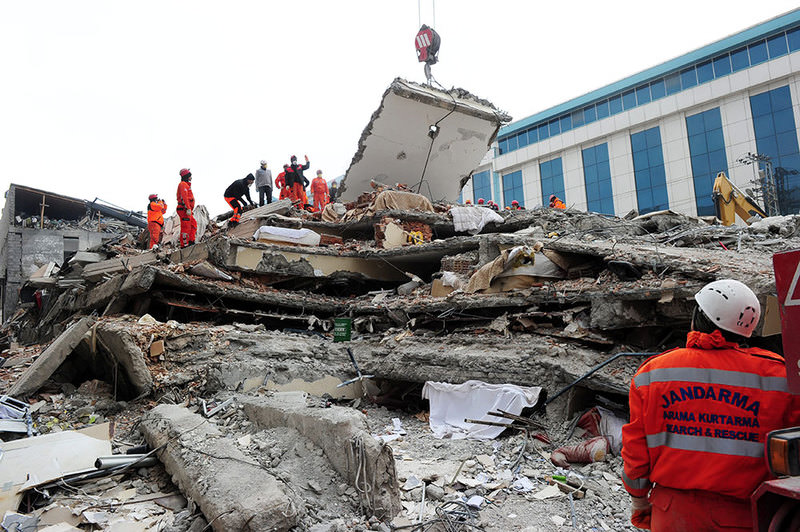 by daily sabah
Oct 01, 2015 12:00 am
Tevfik Bayram, contractor of Bayram Hotel which collapsed in the2011 Van Earthquake and killed 24 people, was sentenced to 15 years and 6 months of prison on Wednesday.

Journalists and rescue workers who were present at the area due to the previous earthquake, which killed more than 600 people amid winter, were also killed in the collapse, later on becoming a major symbol of the earthquake.

Bayram was earlier sentenced by a local court to eleven years, on charges of murdering more than one people with conscious negligence. However, the High Court of Appeals (Yargıtay) overruled the sentence for being 'too light' when compared with the number of deaths, and sent back the case to the local court.

Bayram, who is under arrest, attended the second court via teleconference and asked for his release due to ailing health conditions, however, the court decided on 15 years and 6 months of prison on continuation of his arrest.