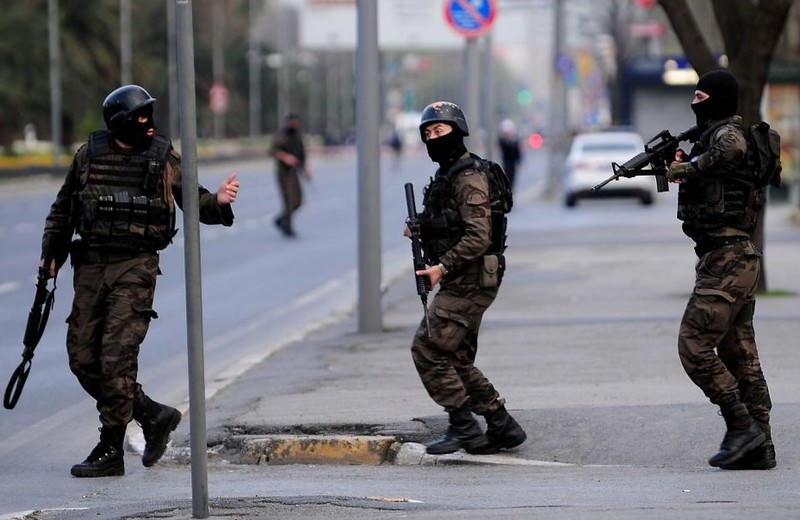 by Anadolu Agency
Oct 02, 2015 12:00 am
Turkish security sources say the country's military has killed 17 people they identified as members of the PKK terrorist organization.

An operation against the PKK in the southeastern Turkish province Diyarbakir took place after a curfew was imposed on the Silvan district at 7 a.m. local time [0400 GMT].

It is reported that terrorists were hanging sheets and tarps for camouflage and establishing roadblocks by garbage containers plus digging ditches on roads.

Renewed violence in Turkey has come in the wake of the July 20 Suruc massacre, blamed on Daesh. The subsequent PKK-linked murder of two Turkish police officers at their home sparked a new wave of conflict.

The fighting has seen the collapse of a fragile cease-fire which began early 2013 and was dubbed the "solution process".