More than 15,000 children have lost their fathers to PKK terrorism 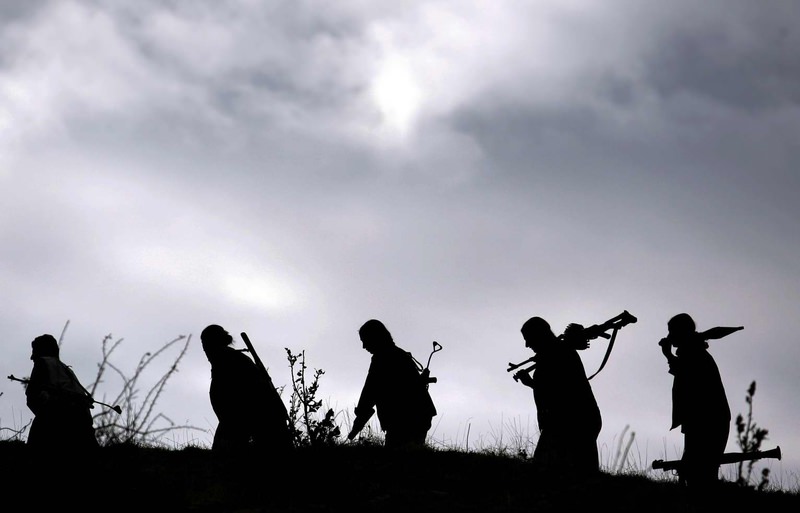 by Burcu Çalık Oct 05, 2015 12:00 am
Terrorism hits many aspects of daily life, but for children who lost a parent to brutal attacks, it deals a lifelong blow to family life. According to data from the Family and Social Policies Ministry, more than 15,000 children lost their fathers in the attacks by the PKK, the terrorist organization behind a decades-long campaign of violence targeting security forces and civilians alike.

A total of 5,711 people out of 15,424 are children of civilians killed in PKK attacks, a testimony to the reality of the group's targeting of civilians, something the terrorist organization repeatedly denies.

In three decades since the PKK launched its attacks particularly, in the southeast and east of the country under the guise of a fight for Kurdish self-rule in Kurdish regions, thousands fell victim to clashes between the PKK and security forces. Casualties are registered as "martyrs," a designation for terror victims by the state that gives their families some privileges. Since figures by the ministry are only data of those applying for their relatives to be granted "martyr" status, the number of children whose fathers were killed may be higher when those who have not applied are counted. More than 5,000 children of soldiers and civilians killed in PKK attacks are granted monthly benefits and compensation. Family members of those killed in attacks also benefit from priority in employment in the private and public sectors, and since 2012, children of "martyrs" are offered free education at private schools.

Since July, the PKK, which had largely ceased its activities in the past three years after the government launched the reconciliation process to end the conflict, renewed its campaign of terror. Attacks mostly in the predominantly Kurdish southeastern and eastern regions, have killed at least 140 soldiers and police officers as well as at least 36 civilians. Reportedly, more than 1,400 terrorists have been killed by the military in renewed clashes.
Last Update: Oct 05, 2015 2:22 am
RELATED TOPICS