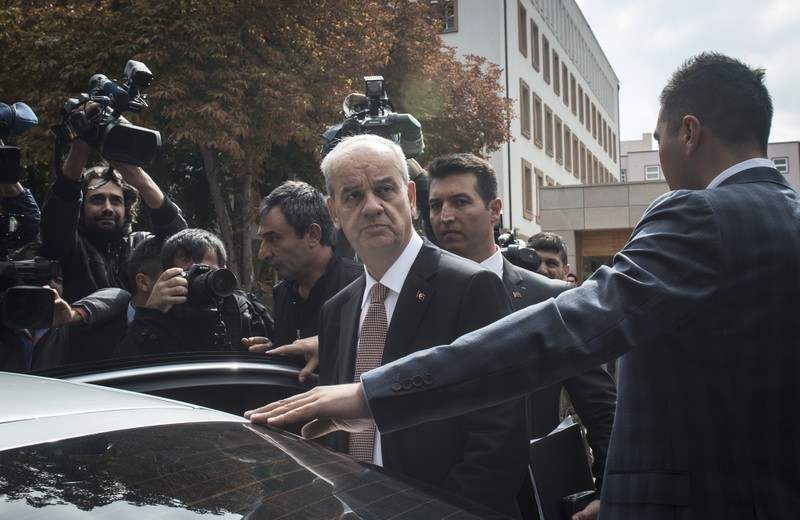 by Daily Sabah Oct 08, 2015 12:00 am
Speaking at an appeals hearing in the notorious Ergenekon coup plot case on Wednesday, former chief of the General Staff, İlker Başbuğ, said the case was a conspiracy by the shady Gülen Movement and was condoned by the George W. Bush administration.

Başbuğ told the Supreme Court of Appeals in Ankara that the former U.S. administration was supportive of a plan to change the staff of the Turkish Armed Forces, and the Gülen Movement had planned the dismissal of cadres of the army opposing their goals. He said Fethullah Gülen, leader of the movement accused of widespread infiltration within the police and judiciary, was a tool for "a moderate Islam project in the region," and highlighted that Ergenekon and other coup plot cases were conducted in response to Turkey's objection to involvement in the Iraq conflict in 2003.

The lengthy trial had seen hundreds of suspects imprisoned on charges of forming a terrorist organization. Suspects, held in pretrial detention for years without tangible evidence, were released last year after legal amendments limited such detentions. The trial was reportedly the joint work of infiltrators of the controversial Gülen Movement in the judiciary and police, conducted to stifle opposition to the ubiquitous group that evolved into a politically motivated juggernaut from a simple religious community. The Ergenekon trial, launched in 2008, netted more than 200 people. Defendants had filed lawsuits against judges and prosecutors claiming they were imprisoned on forged and fabricated evidence.
RELATED TOPICS