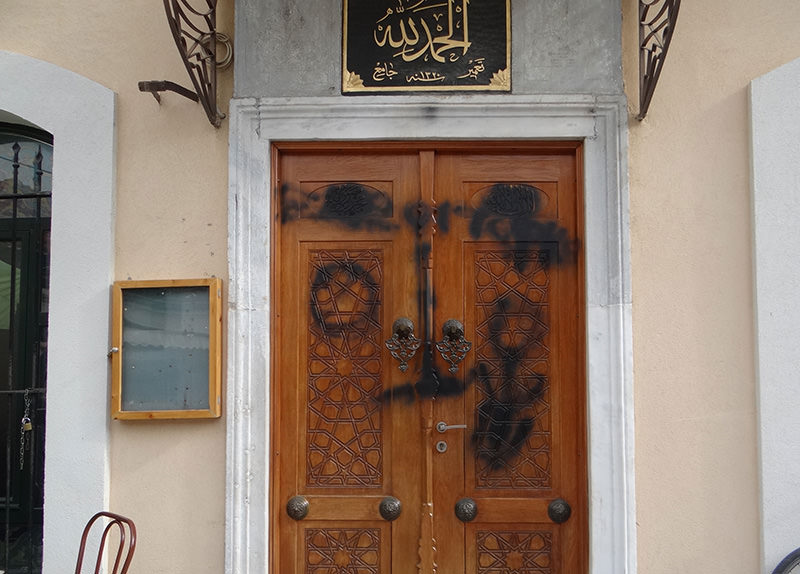 by Anadolu Agency Oct 11, 2015 12:00 am
A mosque in Greece's Western Thrace region has been attacked by vandals. The Yeni Mosque in Komotini (Gümülcine), a town of 50,000 people, including many Muslims, was attacked Friday night and the doors to the building were daubed with the words "Turks out".

According to the group Islamophobia Watch, Greece has seen a rise in attacks on Muslims and Jews in recent years, coinciding with the rise of the far-right Golden Dawn party, which entered parliament in 2012.

In April, a fire at Komotini's largest mosque damaged the entrance and roof. Local media reported that arson was suspected.
In October last year, attackers placed a severed pig's head outside an Islamic studies center in Athens and painted anti-Muslim slogans on the building.

Western Thrace has a significant Muslim community. It was a part of Ottoman Empire before coming under Bulgarian and then Greek control after Balkan Wars in early 20th century.
Last Update: Oct 11, 2015 1:15 pm
RELATED TOPICS