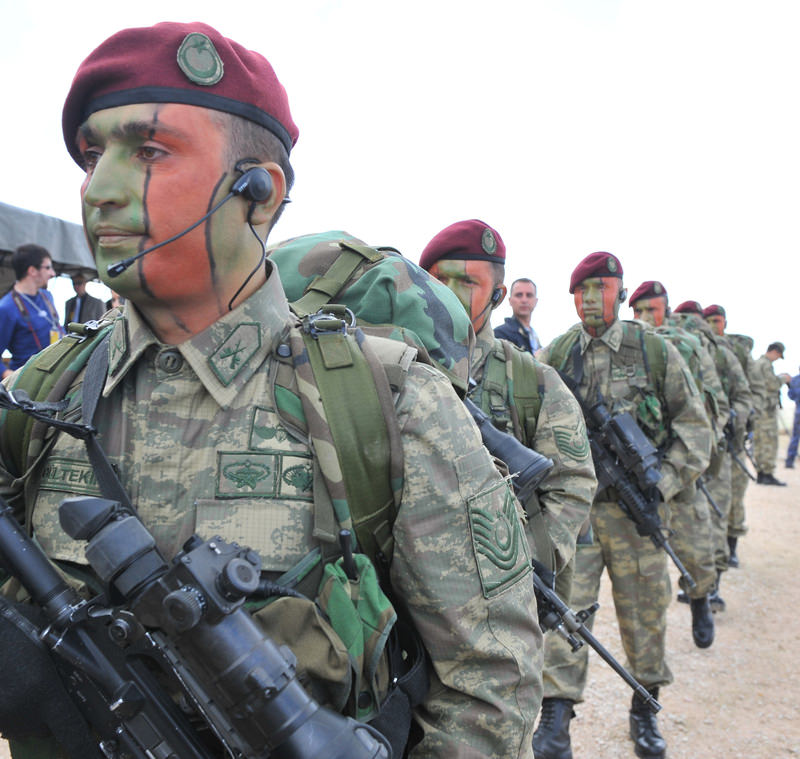 According to security sources, four terrorists who fled the terrorist organization gave critical information regarding the Metina and Gare camps.

Turkish Special Forces managed to infiltrate the PKK camps and conduct the October 11 airstrikes in Northern Iraq thanks to the information gathered from the four surrendered ex-terrorists.

Upon receiving information that arms and ammunition were delivered at frequent intervals and stored away in a large underground inventory situated in the Metina camp, a group of Maroon Beret (Bordo Bereli) elite troops commenced a secret operation and managed to infiltrate the Medina camp with the four surrendered terrorists.

After the coordinates of the inventory were determined, the TAF commenced a series of airstrikes in Northern Iraq. In the operations, all targets were hit and destroyed including the inventory in Metina, stated security sources.

In the October 11 airstrikes on camps in Metina and Zap, 35 PKK terrorists were killed, according to the Turkish General Staff (TSK) website.

The Maroon Berets, formally known as the Special Forces Command, are elite troops trained to ensure security at times of war.

Turkey has been conducting operations against the terrorist organization PKK since late July, when a two-and-a-half year cease-fire was ended by the PKK. Since the the terrorist organization announced it ended the ceasefire on July 11, more than 150 members of the security forces have been martyred while, according to the government, more than 2,000 PKK terrorists have been killed.

The PKK is recognized as a terrorist organization by the U.S., the EU and Turkey.