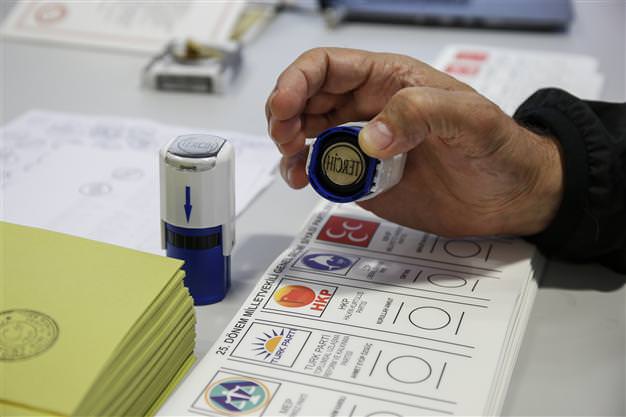 by Anadolu Agency
Oct 21, 2015 12:00 am
Around 40 observers from 18 different countries will monitor Turkey's Nov. 1 general election, the Organization for Security and Co-operation in Europe (OSCE) said Wednesday.

The mission will be overseen by special coordinator Ignacio Sanchez Amor and Swedish lawmaker Margareta Cederfelt, who heads the OSCE's Parliamentary Assembly delegation.

"As we said in the June elections, security issues should never restrain a clean elections," Amor, a Spanish lawmaker, told Anadolu Agency.

As in the June general election, OSCE parliamentary observers will monitor polling stations across Turkey, working closely with long-term observers.

Each group will observe 10 to 12 polling stations on election day, keeping an eye on the distribution and collection of ballot boxes and the work of political parties and election officials.

Turkey's elections are also monitored by members of the competing political parties and civil society group Vote and Beyond, who provided 56,000 volunteers for the June vote.

Turkey is heading for a snap general election after no party succeeded in winning a majority in the June 7 contest and subsequent coalition talks came to nothing.