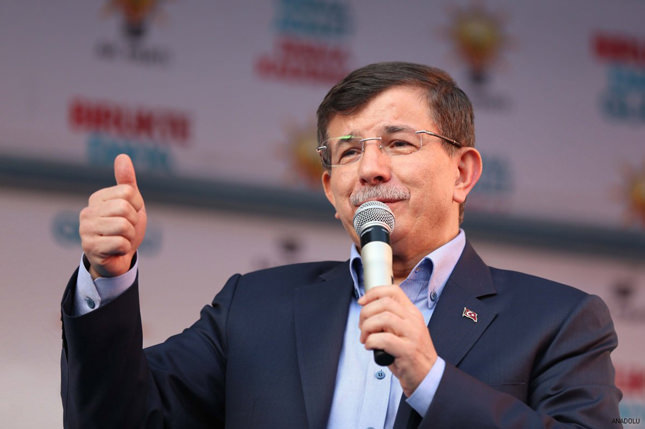 by Daily Sabah Nov 01, 2015 12:00 am
Prime Minister Ahmet Davutoğlu's first words on Sunday after the Justice and Development (AK) Party's landslide victory in Turkey's general election was "Elhamdulillah," which means 'All praise be to God,' via the social media platform Twitter.

Davutoğlu has described the party's success in Sunday's parliamentary election as a "victory day for democracy".

"This victory is not ours [AK Party], but that of our nation and our citizens," Davutoğlu said in an address in his hometown in Konya hours after preliminary results put the AK Party ahead of all other parties.

Prime minister spoke in Konya just before a victory speech in the capital, Ankara.

He addressed AK Party voters saying: "Do not be provoked."

"Today, you will greet your neighbors and you will embrace your brothers more than ever. You will not be provoked", he added.

Davutoğlu also addressed other parties' supporters, saying they should not feel that they lost the election: "There is no loser today."

"The only winner is our nation, our republic, our democracy," he said.