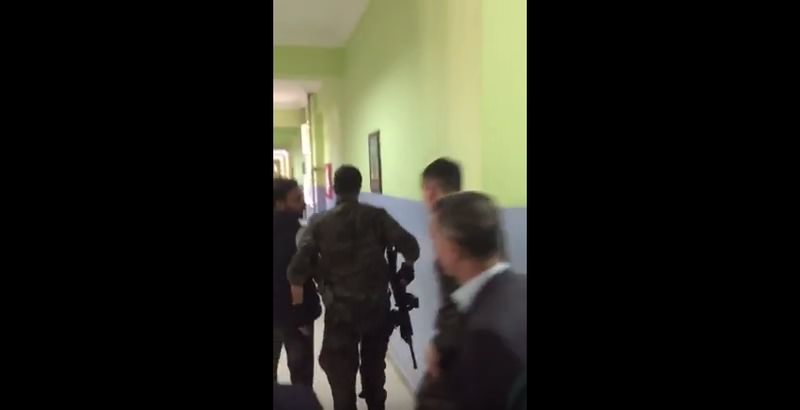 On Sunday's snap election security forces escorted a man who threatened citizens to vote for the pro-Kurdish HDP in the southeastern province of Şırnak in the district of Cizre during Turkey's snap election.

Turkish citizens casted their ballots once again in the country's 26th general election, five months after the June 7 elections when no party was able to form a majority government.

More than 54 million citizens were eligible to vote in a poll to elect 550 deputies to the Grand National Assembly.