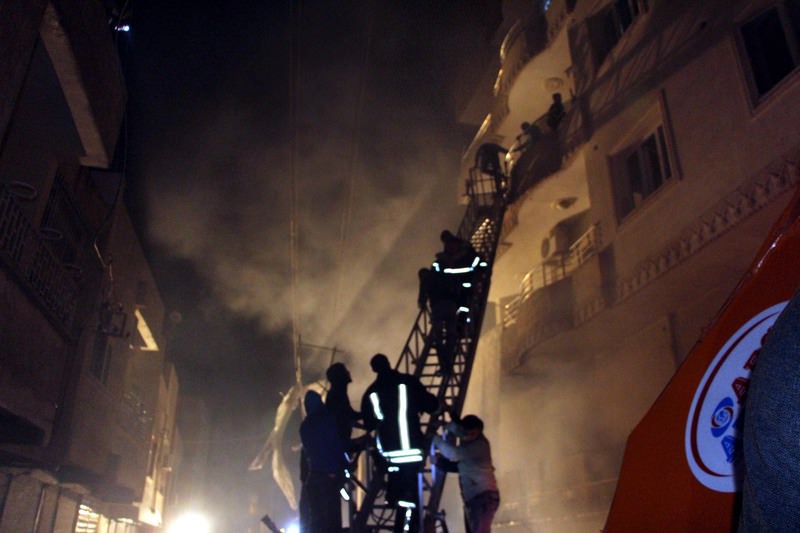 by Daily Sabah Nov 02, 2015 12:00 am
13 people were injured when a fire broke out after an electric generator exploded at a market and sent smoke billowing into the streets of southeastern Mardin province's Nusaybin district.

The fire spread to surrounding buildings as some 13 people were admitted to hospitals due to burns and smoke inhalation injuries.

After it was realized that the firefighters' valiant efforts were not enough to extinguish the blaze, the Nusaybin Police Department sent four water cannon vehicles. The cause of the blast is still unknown and under investigation.
RELATED TOPICS