Exchange office waiting for customer to whom they paid extra TL 10,000 in Turkey's Adana province 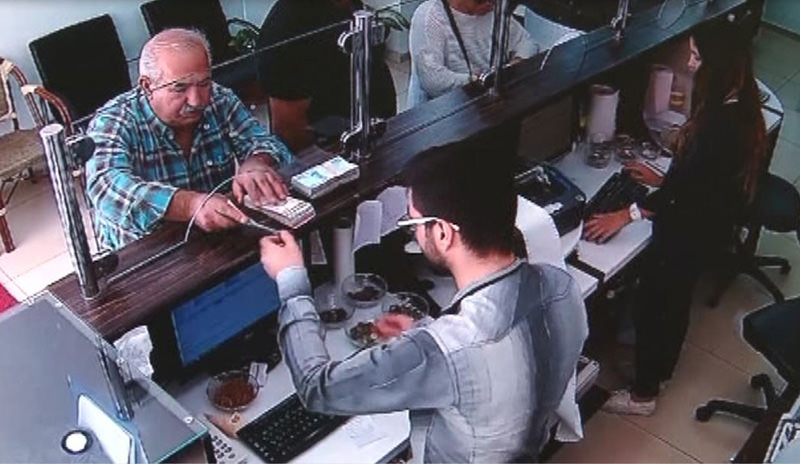 | IHA photo
by Daily Sabah Nov 03, 2015 12:00 am
An exchange bureau in the southern province of Adana is waiting for a customer to return them the extra money they paid "accidentally" when the customer stopped by the business to exchange his $10,500 for Turkish lira.

The incident occurred on Monday, when a 55-60 year old male visited the exchange bureau to change his dollars. The customer was "accidentally" handed TL 39,295 instead of what the $10,500 corresponded to, which was TL 29,295.

Once the employees of the bureau realized their mistake and could not reach the unidentified customer, they asked for the police's help. The security cameras of the business reportedly showed that the customer also was not aware of the mistake of the employees. He reportedly put a part of the money in his wallet and some in his pockets without counting the paper bills.

The owner of the exchange office, Coşkun Niziplioğlu, told the reporters that the employees made the mistake when they were overloaded with work due to a busy time of the day. He said, "There is no intention on the behalf of the customer here. Our customer is leaving here, without counting the money. We hope that our customer realizes his mistake and brings our money back."
Last Update: Nov 03, 2015 12:15 pm
RELATED TOPICS