Historic tomb in eastern Turkey to be relocated 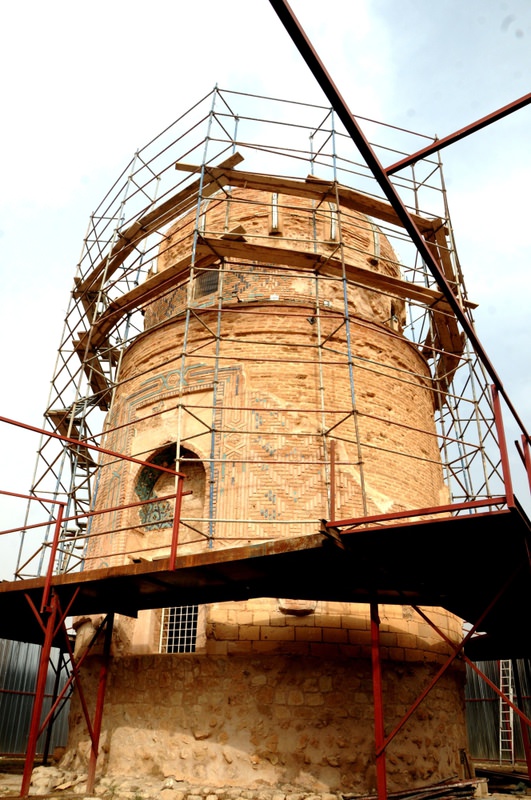 by Daily Sabah with AA
Nov 04, 2015 12:00 am
Turkey is no stranger to relocating the graves of historical figures as it did with the removal of the grave of Süleyman Şah, the grandfather of the Ottoman Empire's founder Osman I, in Syria. But if it succeeds with a relocation operation in eastern Turkey, it will mark the first time a tomb has been removed in its entirety.

The Zeynel Bey tomb, where a rather obscure figure - the son of Uzun Hassan, the sultan of a Turkoman dynasty defeated by the Ottomans in the 15th century - is buried, will be relocated for preservation as it is located at a site where a new dam is being built.

Authorities are now devising a plan on how to move the tomb, which is situated in the historic district of Hasankeyf of Batman province where a wealth of historic buildings are located. It will most likely be placed on temporary rails that will haul the building weighing about 1,100 tons, according to authorities.

Şehmus Erkan Dursun, an official charged with supervising the relocation that will be carried out by a private company, said they will monitor any deformation in the historical tomb during the relocation process expected to be completed in less than one year.

The two-floor tomb, distinguished for its architectural features bearing traces of Central Asian architecture, was discovered during excavations in 2004 within the Zeynel Bey complex, a vast compound consisting of three madrasahs (schools), an inn and a Turkish bath.

The relocation of structures in their entirety is rare in Turkey. The most notable relocation was in the city of Yalova in western Turkey. A mansion where the Republic of Turkey's founder Mustafa Kemal Atatürk stayed was moved meters away from its original location in 1930 upon the orders of Atatürk, who preferred a relocation to the felling of a sycamore tree that had started damaging the building due to overgrowth.