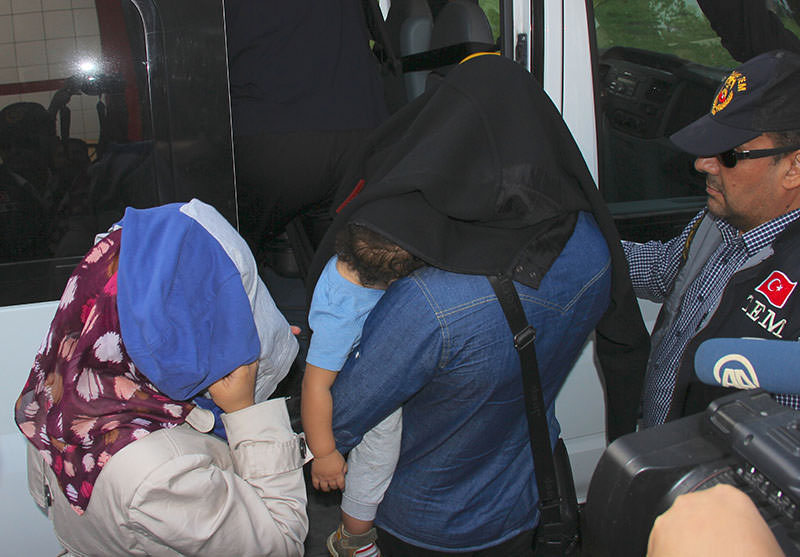 | AA photo
by daily sabah
Nov 07, 2015 12:00 am
Turkish police detained on Saturday seven foreign nationals in the southern province of Adana for alleged attempt to join ISIS in Syria.

The suspects were reportedly staying at a hotel before the police have conducted an operation to track them.

The detainees were later transported to the Immigration Office for deportation.

Turkey shares an 800-kilometer long border with Syria and Turkish officials have repeatedly said that they are cooperating with other countries to stop the flow of foreign fighters into its volatile neighboring countries.

Thousands of foreign fighters from all over the world are believed to have joined terrorist organizations, including ISIS, in Syria and Iraq.
Last Update: Nov 07, 2015 2:56 pm