Hatice Kaçmaz's murderer gets reduced sentenced for “too much love”, says Turkish court 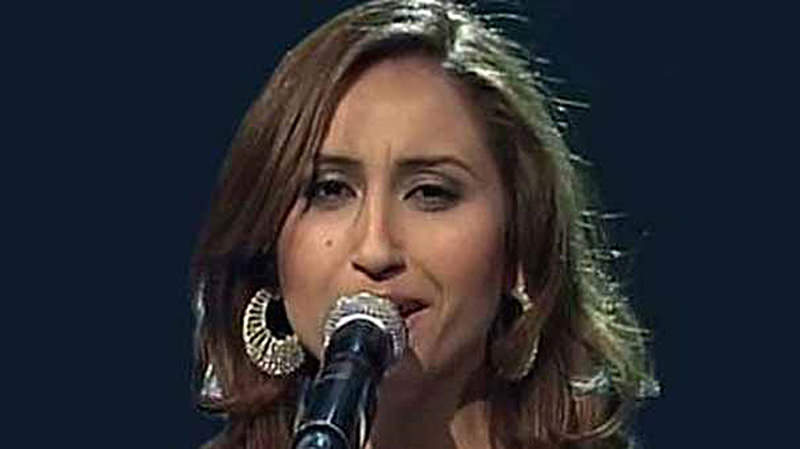 Hatice Kau00e7maz (File photo)
by daily sabah
Nov 09, 2015 12:00 am
A Turkish court has announced on Monday why it had previously reduced the sentence of TRT (Turkish Radio and Television Corporation) vocal artist Hatice Kaçmaz's murderer, saying the defendant was eligible for a lighter sentence on the grounds of him committing the violence out of "too much love." The court's decision enables the defendant to serve life imprisonment instead of a "heavy life sentence."

Hatice Kaçmaz was killed by Orhan Munis in the capital Ankara after she had been declining non-stop marriage proposals by Munis. On September 17, 2014, Munis confronted Kaçmaz once again in a last desperate attempt to convince her to marry him. But after she refused him, he took her to a park by force, where he stabbed her to death 16 times.

On October 16, 2015, Ankara High Criminal Court sentenced Munis to life imprisonment, saying it would give an explanation of such a ruling later. On Monday, the court issued its reasoned decision, saying the defendant's crime did not constitute as a "pre-planned killing". The court said Munis had acted emotionally due his "too much love" for the victim. With regards to him taking a knife prior to his meeting with Kaçmaz, the court said that he had done so out of his "sentimentality", being not able to think "even-tempered."

If the court had decided that the defendant had pre-planned his crime, then he would have been sentenced an "aggravated life imprisonment," requiring him to be in prison for a solid 30 years. But with a "life imprisonment", Munis will serve a less time.

Violence against women perpetrated by their spouses/lovers is a major cause of concern, as the public outcry against "femicide" continues to escalate. The government has launched a nationwide campaign to raise awareness of the issue alongside an action plan to tackle the violence. Amid new measures, which will soon be implemented nationwide, is a tracking system for domestic violence perpetrators and tougher sentences in cases involving violence against women.

Reduced sentences by local courts is occasionally overturned by the Supreme Court of Appeals, the ultimate judicial authority, and sometimes commuted sentences in domestic violence cases are revoked due to legal complaints lodged by the Ministry of Family and Social Policies. Yet, existing laws leave little choice for judges other than to implement them in favor of the defendant.
Last Update: Nov 09, 2015 5:34 pm