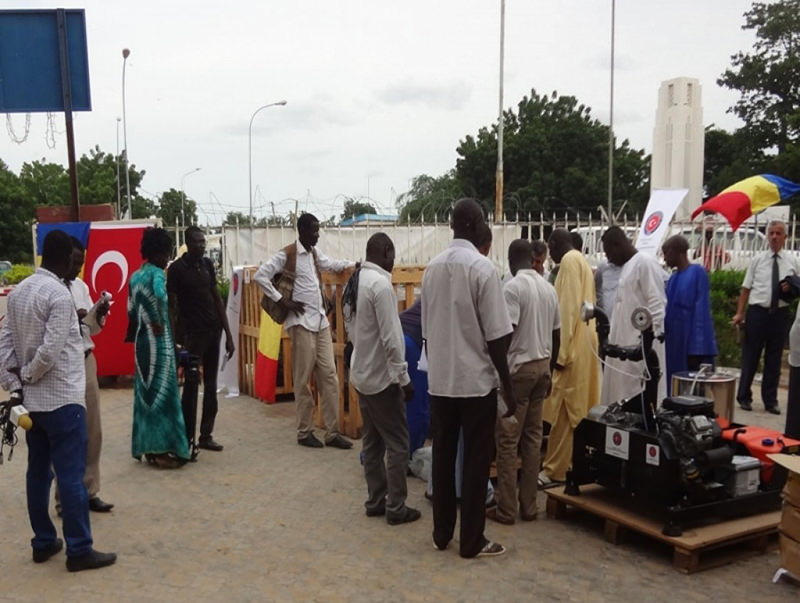 | TIKA Website
by Anadolu Agency Nov 09, 2015 12:00 am
Turkish development agency TIKA has completed more than 24 projects in Chad since 2013, the agency's coordinator in Chad said Monday.

The agency began working in the former French colony in 2013 as Turkey resumed diplomatic relations with the opening of an embassy in the capital N'Djamena.

TIKA has spent $1.65 million on projects in the oil-rich nation while other Turkish NGOs have also made donations and offered support.

It also supplies anti-mosquito products in a country where the risk of malaria and dengue fever is high.

A TIKA delegation is currently in the country to evaluate potential projects including the Gaoui camp for refugees from the neighboring Central African Republic.

"The N'Djamena coordination office, like all other offices of TIKA, receives and supports projects from non-governmental organizations and from the state," Dur said.

"It is not yet time for assessment but in less than a year of operation, TIKA is actively involved in the seeking the well-being of the Chadian population."
Last Update: Nov 09, 2015 4:03 pm
RELATED TOPICS