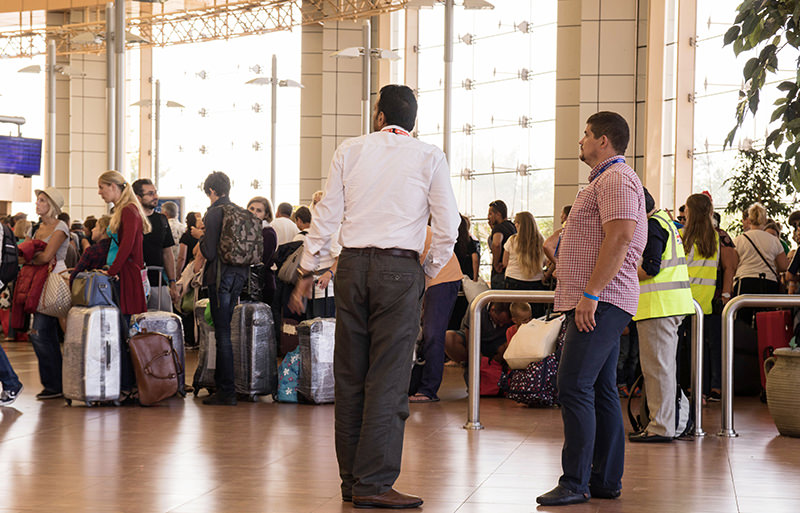 Travel company agents look at the line of tourists at the airport of Sharm el Sheikh, Egypt, on Saturday, Nov. 7, 2015. (AP Photo)
by Anadolu Agency
Nov 09, 2015 12:00 am
Turkish Airlines, Turkey's national flag carrier, has brought passengers who had been stranded in Egypt's Sharm el-Sheikh back to Turkey, the airline said in a statement on Sunday.

Turkish Airlines had canceled its flights to and from this city due to security concerns after a Russian jet crashed over the city on Oct. 31.

The 135 passengers, who were waiting to leave Sharm el-Sheikh, were sent to Jordan's Amman by a rented private jet, Turkish Airlines press office said on Monday.

They arrived at Istanbul at 00.30 a.m. on Monday from there with a Turkish Airlines plane.

"Because of security issues over the airfield of Sharm el-Sheikh our flights to and from that destination been canceled until Nov. 16. In the current situation, the plan for the evacuation of the passengers who are still at Sharm El Sheikh will be shared later," Turkish Airlines said on Sunday.