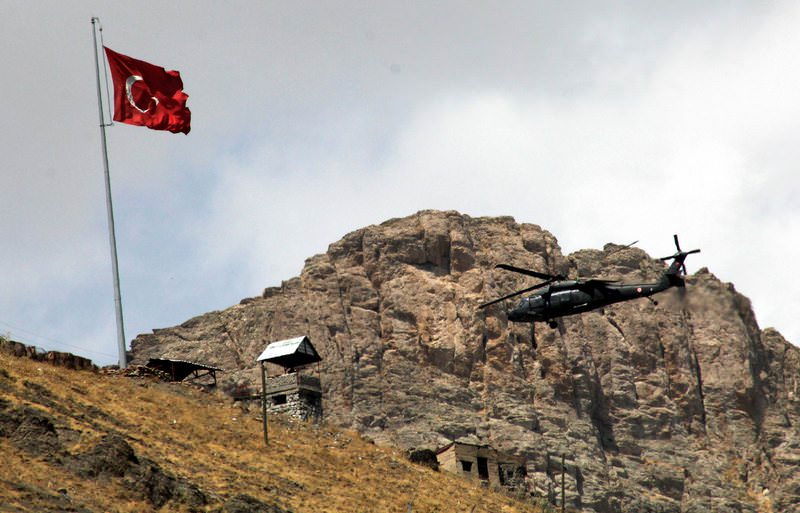 Counter-terror operations that lasted for 40 days left 116 PKK terrorists dead. A group of PKK members sent by Murat Karayılan to help other terrorists in the battlefield have been killed by Turkish army

The counter-terror operations conducted by Turkish Armed Forces (TSK) have left 116 PKK terrorist, including a group sent from the PKK headquarters to provide support the terrorists during the operations, while many strategic locations in Hakkari, an eastern province where PKK members have strong presence, have been secured by Turkish military.

Turkish soldiers have taken control of Oramar, Çarçella and Doski valleys of the area known as the "Qandil of Turkey" which were the primary locations where the PKK militants were positioned, according to sources.

After the PKK members in the area were trapped by Turkish soldiers, second-in-command of the terrorist organization, Murat Karayılan sent an additional group of militants to the area from Northern Iraq, where the Qandil mountain known as the headquarters of PKK is located. Nevertheless, the militants have been spotted and killed with airstrikes before they were able to reach the PKK forces positioned in Turkish soil.

The 40-day anti-terror operation heavily demoralized the terrorist organization and its Syrian wing Democratic Union Party (PYD) as the main connection route between the two affiliated groups has been taken under control of Turkish military.

According to security sources, the new operational plans are underway to further demoralize and strike the terrorists harder in the region.

The operation that started on September 27 and lasted until October 5 has been named after Staff Lieutenant Colonel İlker Çelikcan, who was killed in action.

The operation was conducted to neutralize terrorists positioned in the PKK's so-called "Cilo Province" and Doski valley, Oramar Hill and İkiyakalar area, to destruct the caves, shelters and supply depots, to secure the supply roads of the military bases in Dağlıca and Yeşiltaş regions from improvised explosive devices (IEDs) planted by the PKK militants.

In the operation, drones and reconnaissance aircrafts were actively used.

Formed in 1978, the terrorist group has been fighting the Turkish government for an independent state until the early 2000's. The group then shifted its goal to autonomy in predominately Kurdish inhabited regions of Turkey.
RELATED TOPICS