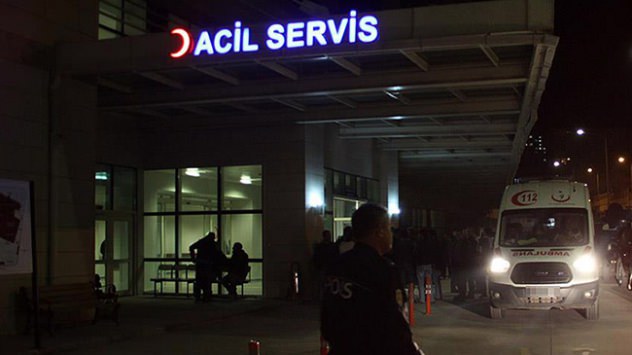 by daily sabah
Nov 10, 2015 12:00 am
Three police officers were killed, and one was wounded by PKK terrorists in Turkey's southeastern Şırnak province late Tuesday.

According to local sources, the militants attacked the police vehicle in Şırnak's Silopi district.

All four police officers were taken to Silopi State Hospital, but three of them passed away, while the condition of the other police officer is reportedly critical.

Police units were dispatched to the area and clashes continue to take place according to reports.

A soldier was killed and a policeman injured in the PKK terrorists' attack on a military convoy in the southeastern district of Yüksekova in Hakkari on Tuesday morning.

In a separate incident, PKK terrorists detonated a bomb on Diyarbakir-Silvan road in southeast Turkey on Tuesday, wounding 19 soldiers inside an armored military vehicle.

Hospitals, clinics and medical staff are among the primary targets of the terrorist organization, particularly to cut off medical aid to security forces. Health workers working in two regions complain of death threats by the supporters of the PKK against them, warning them not to help soldiers and police officers wounded in the clashes with the terrorist organization.