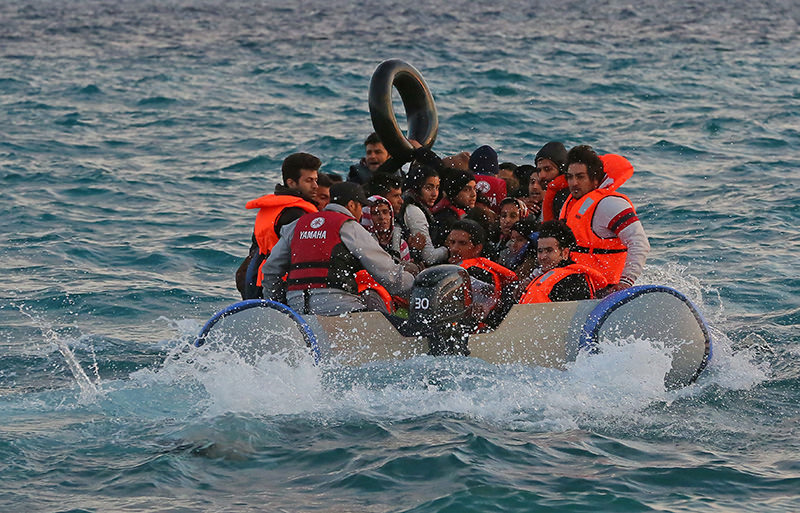 A customs patrol ship spotted a packed boat sinking in the waters between the resort town of Çesme, Izmir province, and Greek Chios island. The customs team alerted the Coast Guard but carried out the rescue before their arrival.

The refugees were delivered to the local gendarmerie command.

Turkey's west coast provides a springboard for refugees seeking to reach the islands of EU-member Greece, many of which lie just a few kilometers off the Turkish shore.

According to the International Organization for Migration, more than 220,000 migrants arrived in Greece by sea in October and more than 220 died in the waters between Turkey and Greece that month.