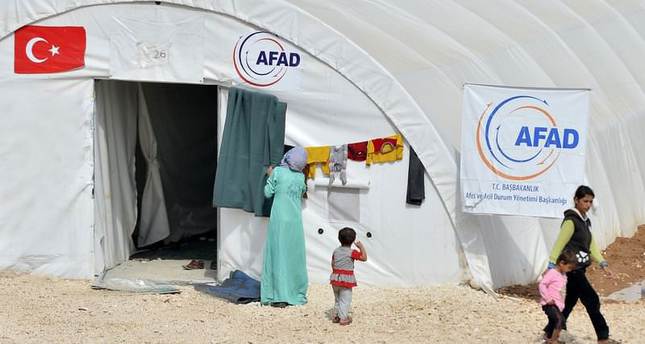 by Daily Sabah with AA
Nov 11, 2015 12:00 am
United Kingdom's Minister of State for Europe, David Lidington has said he welcomes "the praise given to Turkey as a generous host of refugees".

In a Foreign Office statement on Wednesday, Lidington was responding to the European Commission's Annual Enlargement Package published a day before, which had referred to Turkey's role in sheltering over two million refugees.

The package is a series of reports which details the progress being made by candidate countries towards full EU membership.

Lidington repeated the U.K. government's policy of backing Turkey's eventual EU membership, saying that the country strongly supports enlargement to the Western Balkans and Turkey as part of UK's "vision of an open, flexible, secure Europe" once "EU standards" are met.

"Enlargement is one of the EU's most important foreign policy successes and an important means of securing U.K. security priorities in our backyard," he added.

The Conservative Party minister said that his government "recognized the pressure both on EU candidate countries and member states in managing migration flows through the Eastern Mediterranean and Western Balkans".