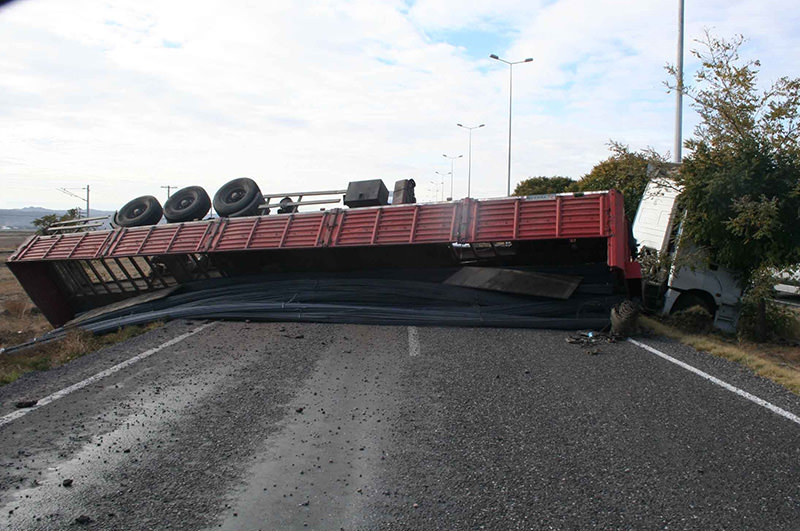 by Daily Sabah with AA
Nov 12, 2015 12:00 am
The driver of an articulated lorry carrying iron rods acknowledged that his 'chain of sneezes' caused the vehicle to topple over in an accident in central Turkey on Thursday.

The lorry got out of control in the central province of Kayseri before it skidded and toppled over. The 41-year old driver Mehmet Gür survived the accident without injuries.

Gür told the police which arrived at the scene that the accident happened because he uncontrollably sneezed a couple of times in a row.

Traffic on the Kayseri – Niğde highway was partially affected due to the accident.
Last Update: Nov 12, 2015 6:11 pm