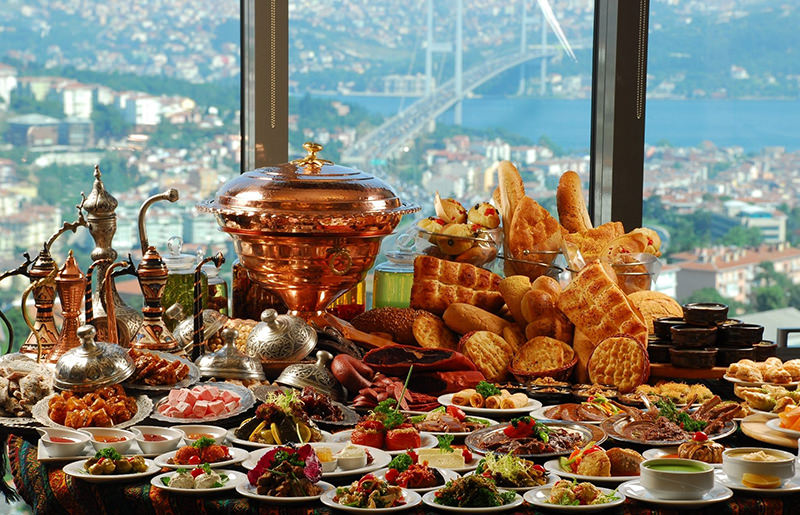 "Unfortunately, 'burger food' has become a part of our life. Fast food is everywhere and easy to access it. But we cannot afford to throw our traditional Turkish food away," Oner said.

Ayşe Cuma, 32, cleaner at the local government office in capital Ankara, says she is trying to help preserve the legacy for her children.

"When I was growing up, my parents made sure we had healthy food rather than fast food, and we sat at the table for dinner every evening. I want the same with my kids. I want them to know the traditional Turkish foods. But it is getting hard for me as a working mum," Cuma told Anadolu Agency.

In fact, when it comes to food, Turks are caught on the horns of a dilemma. They eat more convenience foods, while wishing they didn't.

"There's no question that Turks are eating less healthy than they used do," commented Engin Akın, a food expert and author of the book "Essential Turkish Cuisine", published in 2015, in an interview with Anadolu Agency on Wednesday.

"With more of us living in cities than before, we are more pressed for time. The result is that fewer Turks have time to enjoy a long meal, with soup, mezes [starters], main course, and dessert. But even when they have time to prepare such meals, they often buy ready-made ingredients that do not bring out the full flavors," Engin said.

"How many Turks still make their own tomato paste?" she asked. "Do many of us still make our own red tarhana soup, or molasses syrup? What about sumac sherbet? If we do not start from scratch, we may not be making a really healthy meal," Akın said.

Mevra Aydın, a professor at the faculty of Health Sciences at Atatürk University, put it down to changing norms in Turkish society: "Changes in the socio-cultural and economic structure over the last 30 years manifested in Turkish people's eating habits, as fast food consumption increased.

"Yet, we have still relatively preserved our traditional eating habits compared to developed nations such as the U.S.," Aydın said.


From a scientific point of view, the Turkish diet now consists of a mix of the old and the new, and it is not necessarily healthy, commented Vural Gökmen, a professor of Food Engineering at Hacettepe University.

"Turks consume too much bread and other cereal based foods, although most of the population has access to fresh fruits and vegetables," Gökmen told Anadolu Agency in an interview on Wednesday. "Carbohydrates are still the main contributors (around 50 percent) to the total energy intake of Turkish consumers. Protein intake is not low, but it is based mainly on plant proteins. Meat and milk consumption is very low compared with Western countries."

Gökmen said that Turkish consumers need to improve their basic understanding about a healthy and balanced diet, and to understand the role and importance of physical activity together with dietary choices. Turks are spending too much time watching TV and surfing the net, Gökmen said, and when they do this, they eat badly.

But Turkish consumers have found a way to have their traditional foods at a loss of quality, according to food expert Dilistan Shipman.

"It is not only Turkish people but people all around the world who have lost the taste of traditionally cooked meals as they are in a hurry to keep up with the new and fast life style."

But Shipman pointed out that in Turkey, as convenience foods rise, local and traditional dishes too are creeping into Western plastic packages.

"For example, you can find 'Hünkar Beğendi' or 'Mantı' -- which are typical Turkish foods -- in packages, as they require a lot of time to prepare," she said.

Of course, the quality is not the same as when those foods are prepared from scratch, Shipman added.


"Of course, fast food has overtaken the traditional diet," pointed out Süreyya Üzmez, the owner of the Ankara restaurant Trilye and an expert on Turkish fish cuisine and wines.

"Yet, recently I observe that young people start to incline towards our traditional cuisine, albeit to a lesser extent," Üzmez said.

Üzmez believes that conscientious chefs in quality restaurants are helping to woo young Turkish people back to their traditional foods.

Akın agreed. "Turks are coming back to the foods they grew up on. The romance with Western convenience foods will come to an end," she insisted.