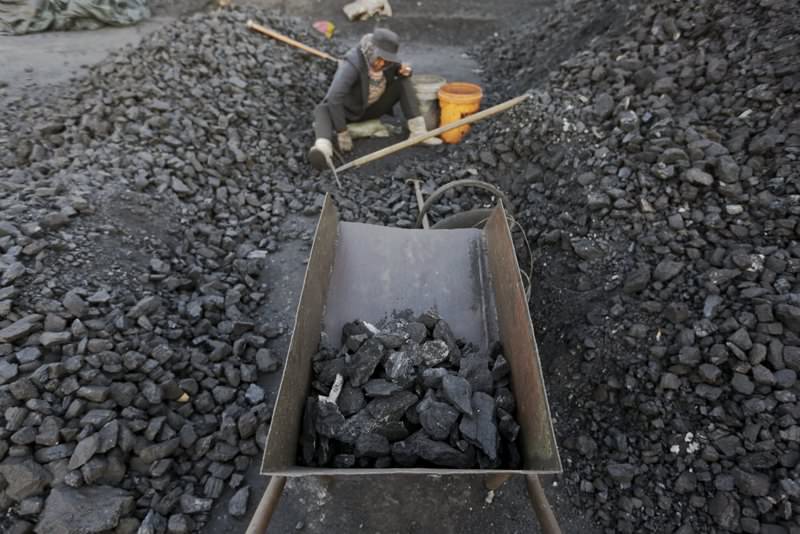 A villager selects coal at a coal depot in China's Heilongjiang province. China is the biggest investor in fossil fuel production according to a report, spending $77 billion annually through state-owned enterprises.
by daily sabah
Nov 13, 2015 12:00 am

G20 countries are under fire for supporting fossil fuel industries by spending $452 billion a year, as a forum opened on Thursday in Istanbul calling on both Turkey and the international community to act immediately and give more support to measures fighting climate change

As Turkey counts down to this weekend's G20 summit, which will be held in the southern city of Antalya, calls are being renewed for nations with major economies to act against climate change.

Fossil fuels and clean alternative energy are also the theme of an Istanbul forum that opened on Wednesday organized by local and international non-profit organizations. Activists and academics called Turkey and the international community to do more to tackle climate change.

Professor Jeffrey Sachs, director of Earth Institute at Columbia University and director of United Nations Sustainable Development Solutions Network, told the forum that countries had "a last chance to get it right" at a United Nations meeting in Paris, which will be held in December. The Paris summit of The UN Conference of Parties (COP21) will host heads of state and government who are expected to reach a global agreement to fight the high levels of global warming stemming from greenhouse gas emissions, to which fossil fuels are a major contributor. Sachs said that scientists in the past have underestimated the escalation in gas emissions that significantly increase temperatures due to economic growth and that therefore global warming started earlier than was predicted. Sachs said coal, oil and gas were major causes of climate change and that the energy system, which is largely dependent on these three sources, should be replaced with alternative energy resources such as solar and geothermal energy and wind power.

However, a report by British think tank, Overseas Development Institute and Oil Change International, show that G20 governments "prop up the production of fossil fuels" by spending as much as $452 billion a year either in the form of subsidies or through state-run companies investing in fossil fuel producing enterprises and public finance, including loans by state-run banks to the industry. This figure is four times higher than the $121 billion provided in subsidies to renewable energy production, according to the report. The report's authors say G20 governments allow fossil fuel producers to undermine national climate commitments while paying them for the privilege. China is singled out in the report as the biggest investor in fossil fuel production, spending $77 billion annually while the United States hands out national subsidies up to $20 billion for fossil fuel industries. Russia's national production subsidies were almost $23 billion annually for 2013 and 2014. The United Kingdom is also singled out in the report as one of the few G20 countries increasing fossil fuel subsidies while cutting back on support for the renewable energy investments.

Turkey aims to generate at least one-third of the total energy that it will need by 2023 from renewable sources, such as wind power, as indicated in the government's development goals. Turkey's greenhouse gas emissions rated as CO2 equivalent in 2013, the latest year with available official figures, shows an increase of 110.4 percent since 1990.

Economics professor Erinç Yeldan said at the For Climate Forum that Turkey was late to catch up with industrial revolutions but has a chance to be a main actor in the ongoing renewable energy industry revolution.

A group of Turkish academics who signed a joint declaration ahead of the forum had called on the government to give up coal-based energy production policies. Academics criticized subsidies to coal plants and called upon the government to cancel pending licenses to new coal-powered plants and stop issuing new licenses as well as cutting off subsidies.