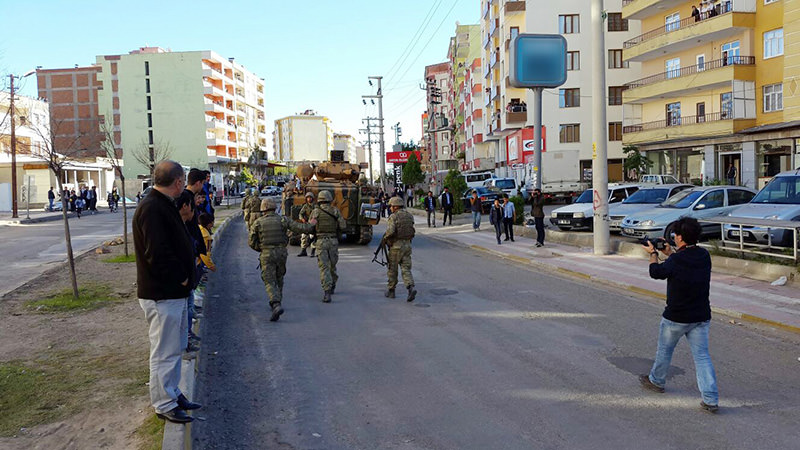 by daily sabah
Nov 14, 2015 12:00 am
The curfew in Silvan district of the southeastern Turkish province of Diyarbakır has ended on Saturday, said the Governorship.

The Governorship of Diyarbakır province stated that the curfew, which began on Friday Nov. 3, was lifted on Saturday, Nov. 14.

The curfew was started due to operations against the PKK terror organization, which is known to take civilian hostages during anti terror operations. During the operations eight security forces were killed by the PKK terrorists, while the more than 10 members of the PKK were killed by the Turkish forces. Security forces seized a large amount of explosives and weapons used by the PKK members and more than 20 ditches, which were dug by the PKK, were also closed during the operations.

A similar curfew was imposed on Oct. 2 and was lifted on Oct. 5, during which scores of PKK terrorists were killed.