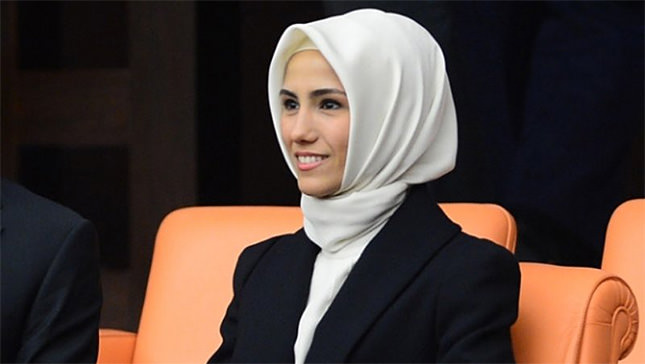 by Daily Sabah Nov 16, 2015 12:00 am
Sümeyye Erdoğan, the deputy head of the Women and Democracy Association (KADEM) and daughter of President Recep Tayyip Erdoğan, said on Monday that the Women 20 (W20)'s objective was to increase women's participation rate in labor force by 25 percent by the year 2025. Erdoğan made the comments to Turkey's private TV channel, A Haber, on the second day of the G-20 Summit in Antalya.

The Women 20 (W20), a grouping of women leaders and a new forum established by Turkey in April under the umbrella of the G20, aims to promote gender inclusive growth. The W20 summit was held in September in the Turkish capital Ankara for the first time and was initiated by Turkey as part of the G20. The group agreed to work on the promises of "employment for 100 million women" and "financial support for women SMEs [small and medium-sized enterprises]" in an effort to increase women's participation rate in the labor force.

Sümeyye Erdoğan said in Monday's interview that the W20 initiative submitted a declaration to the G20, in which it was indicated that the discrimination women are exposed to in workplaces should be eliminated, greater access to financial markets should be provided for women, and means should be developed to ensure balance for women in their private and work lives.

Erdoğan indicated that women's inequality was a deep-rooted issue, being persistent for many years in history, but that they should be more active in politics so that their voices are heard more in the public arena.
Last Update: Nov 17, 2015 9:18 am
RELATED TOPICS