ECHR rules Turkey should pay €124,000 in compensation to families of 1999 quake victims 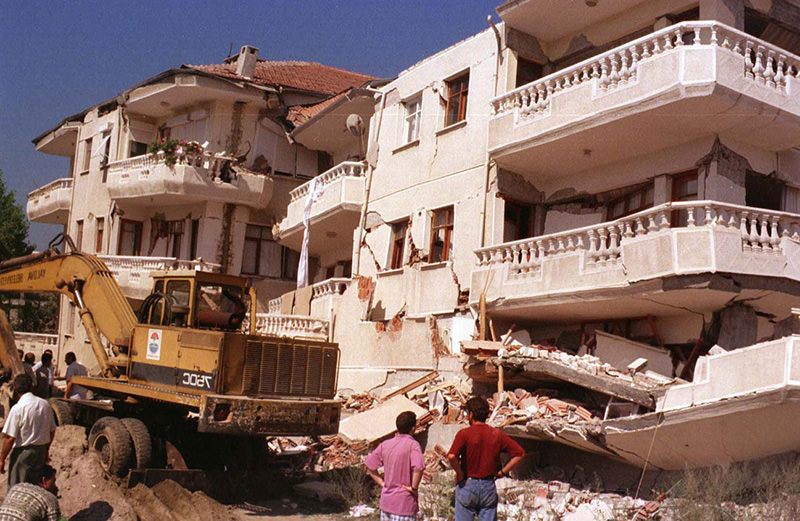 | AA photo
by daily sabah
Nov 17, 2015 12:00 am
The European Court of Human Rights (ECHR) ruled on Tuesday that Turkey should pay 124,000 euros of compensation to eight family members of the 1999 Marmara earthquake victims. The ECHR said that Turkey had not done enough in terms of "finding those responsible" for the disaster, thereby violating the second article of the European Convention on Human Rights.

More than 18,000 lost their lives in Turkey's worst earthquake since 1939 and 500,000 people were left homeless, as the 1999 earthquake ravaged large swathes of heavily urbanized and industrialized provinces of Kocaeli, Sakarya, Yalova and Istanbul in the western Marmara region.

In 2005, some surviving family members of the victims who had lost their lives in Yalova province's Çınarcık district filed a complaint against Turkey to the European Court of Human Rights. Their application was finalized on Tuesday, with the ECHR holding Turkey responsible in terms of not being effective enough to find those responsible for the deaths.

Eight applicants had accused the construction firm of "building poorly constructed houses using cheap and inadequate materials," where their family members had lost their lives.

The applicants had filed a lawsuit against three partners and two technical experts of the construction firm, but only two of them received a prison sentence, whereas the cases against three other defendants had timed out. An investigation was not even launched into administrative officers who had given the necessary permissions for the buildings to be constructed.