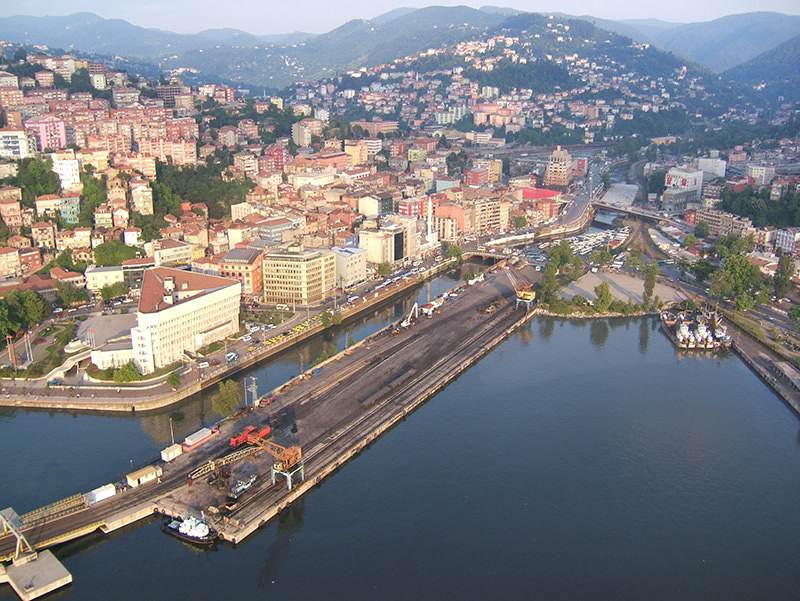 by Daily Sabah with IHA
Nov 17, 2015 12:00 am
Around 300 kilometers of anthracite coal mines lie under Turkey's northern province of Zonguldak, dubbed as the "Two-story city," where thousands of miners work to excavate "black diamond" to the surface and bring it into the Turkish economy.

With tunnels stretching to 300 kilometers, Zonguldak holds title of the province with the longest mining tunnel network.

The city's economy has been negatively affected by decreasing production rates and less miners working for TTK. Meanwhile, the Mining Museum initiated by the Ministry of Culture will try to bring in tourism and expose the mining culture.

"If we think the mines as stories, in each 100 meter elevation, there is one story. Right now in the Kozlu facility, we are at -630 meter elevation. We are 630 meters under sea level. Each of the five facilities has tunnels around 40, 50 kilometers," Demirci said.

He added that anthracite mines should be operated until the last kilogram of coal brought out from the mine due to its quality.
In the Kozlu mine, miners currently extract anthracite from tunnels under seabed as the vein structure and terrain conditions permit, Demirci said. He underlined that the works proceed in a safe manner in accordance with mining regulations.
Last Update: Nov 17, 2015 12:58 pm