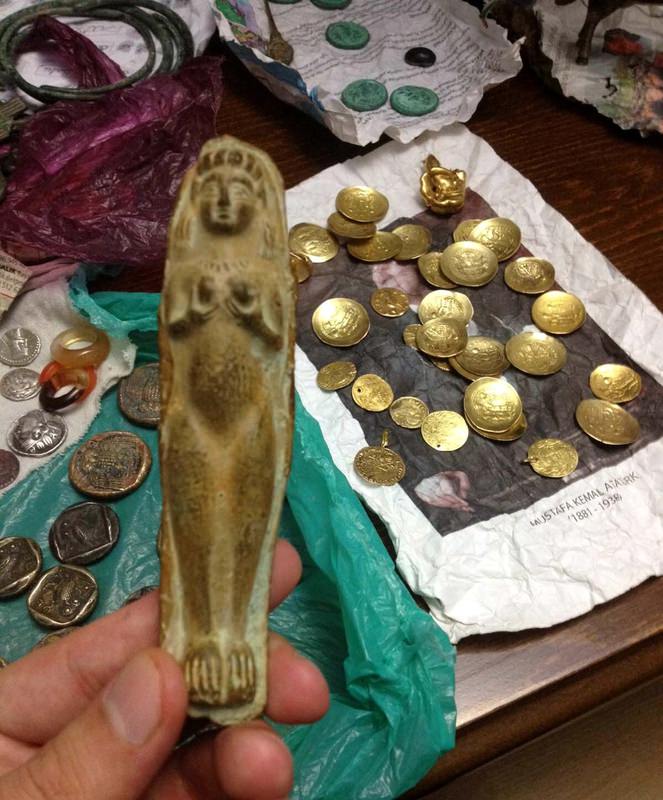 by daily sabah
Nov 18, 2015 12:00 am
A Turkish woman in eastern Bitlis province has claimed that historical artifacts found in her home belonged to her, as she said they were gifted to her at her wedding.

Turkish Gendarmerie forces have seized 103 historical artifacts in a home in the eastern Bitlis province on Wednesday during raids into a house following a fight between two families which killed four people in a village.

According to reports, gendarmerie forces conducted an operation into some houses in the Gümüşdöven village to seize weapons allegedly used in an armed dispute between two families that killed four people and injured nine on November 2.

However, instead of guns the gendarmerie found something unexpected, 103 historical pieces that date back to Byzantine, Seljukian and Ottoman eras.

The woman, who was detained after the operation claimed that the artifacts were given to her as "wedding gifts."

Gold coins with the seal of Ottoman sultan, mini sculptures, copper and silver jewelry and many other artifacts were handed to Ahlat Museum Directorate following the operation.
Last Update: Nov 19, 2015 8:38 pm